Multi-Tech Systems, Inc., a global manufacturer of M2M and IoT communication devices, announced the availability of their first cellular modems and devices based on LTE Category M1 and NB-IoT technologies, the 3GPP mobile broadband industry’s first foray into low-power wide-area (LPWA) networks being deployed now by a number of mobile network operators.

The networks operate in licensed spectrum and address the requirements of Internet of Things applications, offering an alternative to LPWA technologies operating in unlicensed ISM spectrum The new LTE Category M1 and NB-IoT modems and devices are targeted at applications in industry verticals ranging from smart cities to energy, utilities, and factory automation, as well as healthcare.

“We strongly believe there is a place in the market for both licensed and unlicensed LPWA technology–often used together to cost effectively provide LAN and WAN connectivity–just as there will continue to be a need for ever higher-bandwidth solutions. There are applications for which unlicensed spectrum is ideal, and others for which licensed spectrum provides an enhanced level of availability and access to global network ubiquity, which is why we have developed this entire suite of LTE-M and NB-IoT devices.” 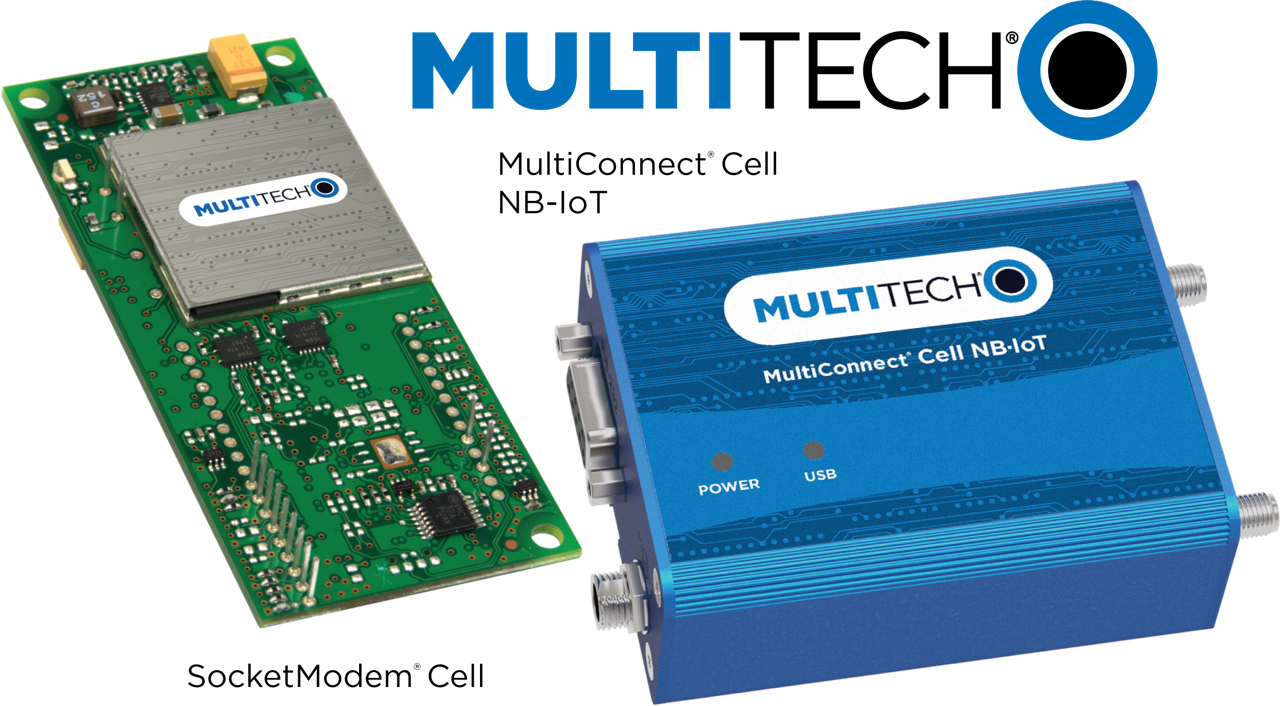 “With a long history of working with MultiTech in IoT service solutions, we are delighted that they have accelerated the portfolio of licensed spectrum solutions, which we believe are critical building blocks to large-scale IoT deliveries as we move into the next decade”, said Alex Brisbourne, CEO KORE Wireless Group.

“With carriers somewhat split between the North American Cat M focus and the growth of NB-IoT in other markets, being able to deliver a single solution, with KORE eSIM choice as well, is very compelling for the market overall.”

The MultiConnect® Cell 100 Series cellular modem and popular SocketModem® Cell embedded modem have been sampling to network operators and their customers evaluating new IoT applications or transitioning from legacy standards or proprietary technologies to the new LTE Category M1- and NB-IoT-based networks.

The MultiConnect Cell NB-IoT modem will be demoed on T-Mobile’s Narrowband IoT network. The demonstration will be the first live public NB-IoT demonstration in North America.

From the earliest analog systems to the cellular heart of today’s industrial Internet of Things to the latest low-power wireless technology, MultiTech has consistently connected businesses in ways previously unimaginable – and has been doing so for more than 45 years. Demonstrating no intention of slowing down, MultiTech continues its legacy of firsts LTE Category M1 and NB-IoT modems, complementing the company’s robust product and services offerings.