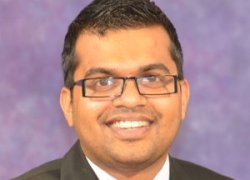 New data from leading fintech analysts, Juniper Research forecasts that the number of mobile users adopting NFC ticketing will exceed 375 million by 2022, up from an estimated 122 million in 2017. While there is rapid growth in NFC ticketing in European markets, Juniper has scaled back NFC ticketing adoption in many other markets, such as the US, India, and Africa, due to the lack of available services and infrastructure.

However, driven by open standards and the adoption of OEM wallets such as Apple Pay and Android Pay, mobile NFC ticketing will witness higher growth rate in comparison to mTicketing over the next 5 years, representing an average annual growth of 25%.

The new research, Mobile & Online Ticketing: Transport, Events & NFC 2017-2022, Mobile & Online Ticketing: Transport, Events & NFC 2017-2022 – found that the continued failure to persuade transport operators of the NFC value proposition is proving a severe constraint on the sector, except in Japan and Korea where adoption has been fostered both by national alliances and cross-border cooperation.

However, the research found that events ticketing will be dominated by SMS and QR codes, meaning transport ticketing, especially metro, bus and rail, will account for more than 90% of total mobile NFC tickets issued over the next 5 years.

Wearables ticketing to reach $1 billion by 2022

In addition, the research observed that the future of wearable ticketing is contactless, primarily across the transport sectors.

“At present, using wearables for making ticket purchases is understandably minimal given the low penetration of capable devices, as well as the lack of supported contactless infrastructure, especially in venues and stadiums”, noted research author Nitin Bhas.

However, with contactless vendors increasingly partnering with transit operators and events ticketing providers, Juniper forecasts that contactless tickets purchased via smart wearables will exceed $1 billion (€0.84 billion) in value by 2022.

Juniper Research is acknowledged as the analyst house in the Fintech & Payments sector, delivering pioneering research into payments, banking, and financial services for more than a decade.