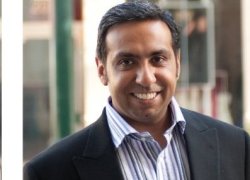 Smart city technologies could save enterprises, governments and citizens globally over US$5 trillion (€4.21 trillion) annually by 2022 according to a new whitepaper by ABI Research. The new white paper analyses the scope for cost savings and efficiency as a driver for smart city deployments, smart technologies and the IoT.

According to the report, titled ‘Smart Cities and Cost Savings,’ the use and deployment of IoT and smart technologies will be pivotal to the future success of smart cities, but only if players collaborate to embrace a holistic approach.

With higher concentrations of people and enterprises in cities as a result of urbanisation, smart city and IoT technology, along with new sharing and service economy paradigms, will be key for cities to optimise the use of existing assets, maximise efficiencies, obtain economies of scale and ultimately create a more sustainable environment. Automation, artificial intelligence, along with sensors, data-sharing and analytics, will all be critical in helping cities save costs.

The report, commissioned by InterDigital, on behalf of its Smart Cities-focused business, Chordant™, in partnership with CA Technologies, considers the aggregated absolute cost-saving potential for the government, enterprises and citizens in a typical smart mega city of the future (i.e., in the next 5 years) with 10 million inhabitants. This is based on the yearly savings achievable for 75 of the world’s cities that have a total urban population of more than 5 million (source: World Atlas).

Key cost savings from the ABI Research report highlight that, in each such typical smart mega city of the future:

The report references a B2B technology survey of 455 US-based companies across nine vertical markets conducted in March 2017 in which the companies ranked a list of 11 key benefits expected from implementing innovative technologies. “Reduction in operational costs” barely surpassed “faster and more efficient decision making” as the number one expected benefit, with a 5% margin.

If managed effectively, APIs deliver a number of benefits including the secure exposure and reuse of open data, acceleration of app development velocity, and the expansion of city partner ecosystems, to help maximise ROI and improve decision making across all corners of the new smart city.”

Additional findings from the report also include:

“We understand the important role of smart cities for our future, and this report further reinforces how much these will contribute in both economic and social terms,” said Jim Nolan, executive vice president, Chordant, at InterDigital. “But the true potential of smart cities won’t be realised if governments, enterprises and citizens don’t work together in harmony.

Doing so will promote the emergence of smart city marketplaces and open platforms, where third-party players are able to ensure seamless integration of new smart city technologies into legacy platforms and systems.”

The new report points to several use cases of smart city technology. One example is the oneTRANSPORT project in the United Kingdom which used the Chordant platform to address challenges in transportation systems with IoT technology. The oneTRANSPORT project enabled transport information to be shared by a number of stakeholders including transport authorities, municipal authorities, and new third parties, to optimise transport networks across towns and cities.