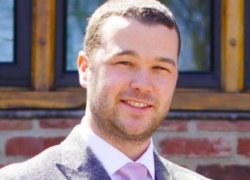 Businesses in the mining industry are backing the Internet of Things (IoT) to help them retain their market share, as competition in the sector intensifies, the quality of seams decreases and profit margins are put under pressure.

According to the latest research from Inmarsat, the Internet of Things (IoT) will play a critical role in helping mining businesses to increase the level of automation and improve production efficiency, enabling them to compete with rivals operating in lower cost markets.

Market research specialist Vanson Bourne interviewed respondents from 100 large mining companies across the globe for Inmarsat’s ‘The Future of IoT in Enterprise’ report, and found that 70% of mining businesses agreed that IoT would give them a significant edge against their competitors.

Mining operators further identified how IoT would help them to bolster this competitive edge, with 41% reporting that they would use IoT to increase the automation of business processes, and 44% saying that it would help them to identify cost saving and efficiency opportunities.

Joe Carr, director of mining at Inmarsat, commented on the findings: “It is no surprise to see that mining businesses are looking to IoT to help them gain a competitive advantage. Mining businesses across the world are under constant pressure to produce the same product at a lower price than their rivals. At the same time, it is becoming harder to find high quality deposits in lower sovereign risk countries.

“This pressure is amplified in developed economies, such as Canada and Australia, where labour costs are much higher than in emerging markets, leaving operators in these territories at a significant competitive disadvantage. These businesses must drive down operating costs and improve productivity to remain competitive, and the most effective way to do this is the adoption of IoT and automation.

“Using automation to reduce labour requirements can make a big difference to an operator’s bottom line. For example, an Australian open pit mine might employ 100 truck drivers each earning AUD$200,000+ per annum (€130144.19+ per annum), which is then replicated on staff working on the trains, and the maintenance personnel.”

“IoT will be critical in enabling mine operators to reduce the amount of manual extraction and transportation of raw materials, as it will allow for the introduction of more autonomous infrastructure, such as fleets of unmanned trucks and trains. Autonomous technology can also enable an around-the-clock, 365 days-a-year operation, removing the need for shift change and improving safety by removing the person from the environment, further increasing productivity.”

Carr concluded: “We are currently working with some of the mining industry’s largest operators to deliver increased automation, which in turn results in increasing speed across the mining process, helping to reduce average cycle times and improving productivity. Mining technologists are increasingly aware of the importance of satellite connectivity in their mines, understanding that IoT solutions cannot function without reliable connectivity to gather and transmit data from connected sensors and devices to control rooms.”

With many mines located outside terrestrial or cellular network coverage, satellite communication networks can offer more reliable connectivity that is central to profitable mining and crucial in an emergency event. In addition, Inmarsat can provide connectivity in deep, open pit mines and even underground, using repeaters. With up to 99.9% uptime, Inmarsat’s L-band services are enabling IoT solutions in mines globally, even in the most remote and hostile environments.