Home › IoT News › Never mind the tech, it’s all about the money 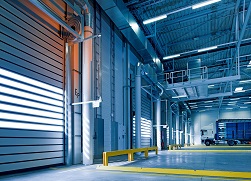 An increasing number of companies across many industries are adopting IoT, but their reasons for doing so are very different, writes Peter Dykes. One of the primary reasons, it seems, is making cost savings through efficiencies such as monitoring remote plant or tracking assets as they move around the world. But should they be focusing more closely on generating new revenues?

A lot of people seem to think so. So far as digitalisation in general is concerned however, many companies do seem to be aware of the need to think in terms of revenue growth through investment in technology, but a significant proportion are having problems in achieving that end. While there are distinct advantages to using a new technology to make a business more efficient, it’s important to make sure the initial investment can be recouped. This is particularly important with IoT because, so it would appear, it is not widely understood by its potential beneficiaries.

“It may well be that someone has set themselves a goal without clear targets,” he says. “But we know from the same survey that unit cost reductions are not realistic and that they will stay the same or increase. So we’ve got a dichotomy where they know the opportunity is on the revenue side, they know the cost position isn’t likely to get better and may even get worse, they know they want this stuff to affect the top line, but what they’ve done so far hasn’t been sufficient.”

Of course, the situation that Colman describes could just be because many IoT deployments are just at the proof of concept stage. Jonquil Hackenberg, the head of Advisory Practice at Infosys Consulting believes that many companies are just dabbling in new tech, just to see how it can be used in different scenarios, although there is a good case for profitability in the future. This is especially true in things like proactive, automatic stock reordering ordering where a company may make more sales as a result. “There is a massive opportunity for a return on investment, increasing revenues and introducing new lines of business,” he says. “However, once they stop dabbling with proof of concepts and start working out the end-toend consumer journey they’re trying to create, that’s when it will stop being about making savings and becomes more about money making.”

Indeed, While IoT has been discussed for many years, it is only relatively recently that tangible deployments are becoming mainstream. It’s true that many of these are focused on creating operational efficiencies, but IoT deployments that are likely to be most successful in the market will create new revenue by delivering IoT services that enhance the customer’s experience.

Theresa Bui, the director of IoT Strategy at Cisco, says there is no doubt that the market is moving in this direction and it is likely that there will be an increasing number of companies wanting to provide services to IoT devices. But to do this, companies need automated IoT connectivity and data management platforms – paired with reliable networks – to deliver these services. Without the ability to automate the management of connected devices and the data they produce, delivering IoT services to thousands or millions of devices becomes unfeasible. She adds, “While connected services are critical to monetising IoT, those services need the support of automated IoT platforms as well as reliable networks that can guarantee their market viability.”

These are issues over which the Wireless Broadband Alliance (WBA) has been deliberating, with both operators and vendors working on both interoperability and roaming. The problem is that different verticals will use different radio technologies and different networks, so it is vital that everything related to mobility is interoperable and capable of roaming. Use cases such as global asset tracking and fleet management will require such capabilities as they travel around the world and so addressing these issues is vital for these particular segments.

On the subject of segments, there is a very clear difference in the requirements between segments such as IIoT and smart cities on the one hand and the connected home on the other. Nowhere is the division clearer than in their respective drives for revenue growth. The former is very much a slow-burn market, while the latter is already growing quickly. Tiago Rodrigues, the senior director for Project Management and Membership Services at the WBA explains, “If we look at the enterprise or industrial type of company, many of them are looking for some kind of efficiency gain through production. In the connected home market however, companies are looking to increase revenue by providing security services, or remote control for things like lighting and heating. This is an area in which network operators are also looking to make money from as well as the automotive vertical.”

He adds, however, that because the industrial and smart city sectors are not moving as fast as the connected home market the implication is that the first two need additional expertise to implement those technologies In addition, they have to change their processes to be able to make use of the new data they are collecting. “Somehow, they have to reorganise the way that some of these companies are set up,” he says. In the case of smart cities, another topic for discussion at the WBA recently because, they don’t know about telecommunications, they don’t have the system engineers and they don’t have the expertise available, adds Rodrigues.

So, depending on your vertical, the logical thing to do seems to be to work out longerterm strategic goals, try out the technology and see where it fits in terms of revenue generation and only then go for a roll-out. But if this process seems too long-winded and the money too far away, maybe you should be in the connected home market instead.