ZEDEDA emerges from stealth to power real-time apps at the edge closes at $3.06mn in seed funding - IoT Now News - How to run an IoT enabled business

Home › IoT News › ZEDEDA emerges from stealth to power real-time apps at the edge closes at $3.06mn in seed funding 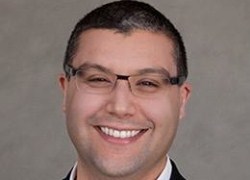 ZEDEDA, a startup powering the real-time enterprise, emerged from stealth mode and announced it closed $3.06 million (€2.47 million) in seed-stage funding. As the Internet of Things (IoT) creates exponential growth with IoT-related spending surpassing an estimated $1 trillion (€0.81 trillion) by 2020, ZEDEDA is pioneering a secure, cloud-native approach to scaling out the real-time edge applications for solutions ranging from self-driving cars to industrial robots.

“Tomorrow’s edge computing environment that enables digital transformation will be distributed, autonomous and cooperative. The edge is complex and not only has to scale out securely, but simultaneously must become friendlier for app developers. That’s the problem we are solving at ZEDEDA,” stated ZEDEDA CEO and co-founder Said Ouissal.

“It will require a drastic shift from today’s embedded computing mindset to a more secure-by-design, cloud-native approach that unlocks the power of millions of cloud app developers and allows them to digitise the physical world as billions of ‘things’ become smart and connected.”

ZEDEDA will use the funding for continued research and product development, investment in community open-source projects for edge computing as well as further investment in sales and marketing initiatives. ZEDEDA investors include Wild West Capital and Almaz Capital, whose funding was part of a broader group investors, some of whom also invested in IoT/edge companies Theatro and Sensity Systems (now Verizon).

In the coming wave of pervasive computing, real-time apps, cyber-physical systems and data services such as machine learning and analytics will become common place. ZEDEDA envisions an open ecosystem and a completely new technology stack that creates a service fabric essential to achieving the hyperscale that will be required in edge computing.

To realise that goal, ZEDEDA has pulled together a distinguished roster of industry veterans from legendary technology companies with expertise in areas of operating systems, virtualisation, networking, security, blockchain, cloud and application platforms. This unique blend of skills combines with the team’s deep connections to core open-source projects and standardisation bodies. The team’s work has directly contributed to software and system patents as well as industry standards used by billions of people around the world today.

“A new paradigm and massive innovation is needed to meet demand for IoT and edge computing,” said Kevin DeNuccio, founder of Wild West Capital and ZEDEDA’s lead investor. “Massive shifts in technology, including the proliferation of IoT, paves the way for industry disruption, which large incumbents tend to inhibit.

Disruption takes a combination of an entrepreneurial team with a very unique set of collective experience, groundbreaking ideas, and the ability to garner immediate traction with global industrial leaders, who can transform their business with machine learning and artificial intelligence delivered by the Edge connected IoT world. ZEDEDA is simply one of the most promising edge computing startups out there.”

“Our recent research shows that while OT teams have the application plans for leveraging IoT, the vast majority of organisations’ IT resources and capabilities are maxed out. This leaves open the question of how these edge applications and IoT will scale out without compromising security or taxing resources even further in the future.”

ZEDEDA is currently accepting sign-ups for early access to its platform which will move into customer trials in the first half of 2018.