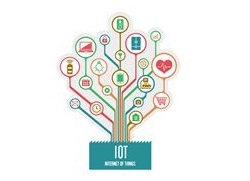 Many organisations are experimenting with IoT projects, but these bring in significantly different security challenges, which can have far-reaching consequences. An appreciation of these unique challenges is important for the effective rollout of IoT.

These challenges differ from those that arise in more conventional technology infrastructures. Strategies that involve ring fencing core systems and applications and tightly controlling access do not work with IoT. Here the scale is exponentially multiplied as you’re dealing with potentially tens or hundreds of thousands of small devices spread across large areas in real-time. Unlike traditional cybersecurity, which mostly results in data compromise, security challenges of real-time IoT networks can have far-reaching implications on human security and safety, says GH Rao, president – Engineering and R&D Services (ERS) at HCL Technologies.

Popular IoT deployments vary from those of building automation systems and sensor networks to critical connected healthcare solutions, connected vehicles, and industrial robotics. Such deployment scenarios can automate device management, improve efficiencies and reduce operational costs while improving the customer experience. There are opportunities in every business sector and early adopter organisations are racing to secure a first-mover advantage.

Security challenges of IoT systems can be broadly categorised into the three-tier IoT security architecture:

The challenge of IoT devices

As more devices are added to IoT networks, the security challenge grows. According to Gartner, around 26 billion IoT devices will be connected by 2020. This gives hackers 26 billion potential targets. This poses three key challenges:

Another reason is IoT goes beyond just connecting devices to increasingly smarter devices, which trigger contextually adaptive communication patterns, the conventional static models deployed in the infrastructure are bereft of this context and hence unlikely to correctly handle such dynamic situations. In addition, the knee-jerk reaction of cybersecurity experts to deny access to ring-fenced assets further aggravates the situation.

In the second half of this blog, we’ll be moving on to explore three specific industry examples of security challenges IoT deployments can pose and underline the importance of thinking strategically to head off IoT security threats.

The author of this blog is GH Rao, president – Engineering and R&D Services (ERS) at HCL Technologies