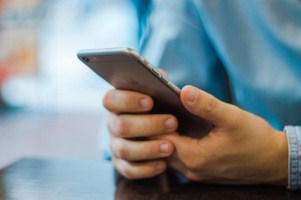 Strategy Analytics in its newly published report Global Handset Sales Forecast by 88 Countries and 19 Technologies: 2003 to 2023 finds that while the first 5G commercial handsets will go on sale from early 2019, sales will not begin to scale up until 2021 when volumes approach 5% of global handset sales.

“5G smartphone sales will begin in China, Japan, South Korea and the USA from 2019” says senior analyst Ville-Petteri Ukonaho. “But volumes in 2019 will be in just the millions, and only barely in the tens of millions in 2020.” Few large-scale 5G networks, only a handful of 5G handset models from phone makers available, along with high-prices for 5G smartphones and lack of compelling use cases will limit sales of the next-generation devices in their first few years

“By 2021, 5G networks in key countries in Asia and North America will cover many urban centers, giving customers a reason to purchase 5G smartphones” says Ken Hyers, director at Strategy Analytics. “Nearly 5% of handsets sold in 2021 will be 5G smartphones. By 2023, as 5G smartphone prices continue to fall and next-generation wireless networks are built out across much of the developed world, 5G handset sales will number in the hundreds of millions.”

“Meanwhile,” says senior VP David Kerr, “some older generation wireless technologies will continue to flourish. Specifically, 2G and 4G handsets will continue to have long lifespans, with both carrying on into the next decade, even as 3G devices fade away.” Strategy Analytics new report concludes that even as 5G smartphone sales are rapidly ramping up in 2023, 2G feature phones will account for nearly one in ten handsets sold that year, as new-to-mobile customers in emerging markets, particularly in Africa, purchase their first mobile phones.

The report highlights the fact that 4G LTE, currently the dominant handset technology worldwide, will remain a mainstay for mobile phones through 2023 and beyond. 4G handset sales volumes continue to grow and will do so through 2020, when they will account for 4 out of 5 handsets sold. Well into the next decade 4G LTE will be the mainstay technology powering most of the world’s handsets.

Strategy Analytics finds in its latest report that despite recent slowing growth in global handset sales, there are still many pockets of opportunity for Mobile Network Operators and Handset Vendors. There remain hundreds of millions of potential first-time mobile phone customers in emerging markets, particularly in Africa and parts of Asia. These customers are looking for reliable and inexpensive means of communication, making feature phones of particular interest to this segment.

Meanwhile, in mature developed markets like China, much of Europe, Japan, South Korea and the USA, growth is stagnating and handset replacement cycles are lengthening. 5G, while still several years off for most potential customers, represents a way to kick-start stagnating smartphone sales as customers discover new use cases powered by ultra-high-speed data rates and super-low latency.