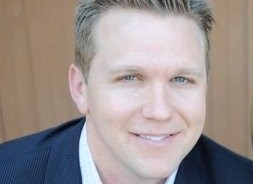 AVANT Communications announced that Rick Reed assumed the newly created position of senior director of Channel Sales, South-Central Region. Reed joins AVANT with more than 17 years of experience in telecom between AT&T and Informa (Channel Partners), with 5 years of channel experience between AT&T (leading marketing launch efforts at AT&T Partner Exchange) and Channel Partners (leading the Channel Partners brand most recently as the SVP of sales and strategy).

Reed will report to AVANT’s executive vice president of Channel Sales, East, Shane McNamara and his appointment is effective immediately.

Reed most recently served as the senior vice president of US sales for Informa Exhibitions (which includes the Channel Partners, IoT World and Cloud and Enterprise brands). Reed’s role included supporting an ecosystem of thousands of channel partners to meet and learn about the latest in IT channel sales.

At Informa, Reed led a sales transformation of the US events and media business that resulted in 16 percent YoY growth by focusing on innovation and new audiences. His Channel Partners Conference and Expo show was recognised by Tradeshow executives as one of the 50 fastest growing shows for 2017. During his tenure, Reed built a strong industry network and relationships with carriers/providers and solution providers/agent that will bring immediate value to AVANT’s channel ecosystem.

In his new role at AVANT, Reed’s primary focus will be growth of existing partners, new recruitment of channel partners and launching the first of many ‘in-market’ BatteLabs. These BattleLabs will be a hub for the South-Central Region for partners, providers and our partners end user customers. Texas alone has 4 of the largest growing markets in the United States. Rick brings a wealth of experience that will not only benefit AVANT, but most importantly, our partners.

“Rick’s experience has really shown that he can build robust relationships with his channel partners, customers and providers,” said McNamara of his new colleague. “The success that Jacqueline Duffy, our senior partner manager, has established in the Texas and South-Central Region, has enabled AVANT to double down and bring Rick on board to accelerate the opportunity. We are extremely excited to have Rick and Jacqueline leading the South-Central Region on behalf of AVANT for 2018 and beyond.”

“I joined AVANT because of its terrific leadership team that I have grown to know and respect,” said Reed. “The company has a second-to-none-culture, both internally within the company and externally in the channel. AVANT has a reputation as the premier channel sales enablement leader. I am honoured to be a part of AVANT and bring my relationships, skills and experience to support the channel in the South-Central Region.”