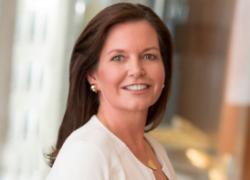 The U.S. wireless industry contributes $475 billion (€384.01 billion) annually to America’s economy and supports 4.7 million jobs, according to a new report commissioned by CTIA.

The analysis, developed by Accenture, finds that the U.S. wireless industry accounts for 2.6% of total U.S. GDP (2016), making it equivalent to the 24th largest economy in the world.

“The wireless industry is a major driver of the U.S. economy and this report underscores why it is important for America to win the global race to 5G,” said Meredith Attwell Baker, CTIA president and CEO. “We know that the next-generation of wireless will represent an even bigger boost to the economy, and that’s why we need key policy reforms this year to ensure the U.S. wireless industry wins this global race.”

The report shows that America’s wireless industry is an accelerator for the U.S. economy – in terms of both jobs and GDP impact. Each direct wireless job results in 7.7 jobs throughout the economy, according to the report.

This “multiplier” effect places the wireless industry ahead of other sectors, such as restaurants (1.5x multiplier) and hardware manufacturing (3.9x multiplier).

In addition, every dollar of the wireless industry’s direct GDP contribution generates $3.20 (€2.59) of total GDP impact across the broader economy thanks to increased household spending and economic contributions from adjacent industries.

The study also shows the powerful impact of wireless investment and innovation across all 50 U.S. states. State-by-state information is available on CTIA’s website.

The report builds on Accenture Strategy’s previous analysis for CTIA, released in January 2017, which highlighted the economic and societal impact of deploying 5G wireless. That analysis found that the next generation of wireless would create 3 million new jobs and boost U.S. GDP by $500 billion (€404.22 billion), supported by a projected $275 billion (€222.32 billion) in wireless investment.

“As the wireless industry continues to play a significant role in the U.S. economy, it is turning to the potential of 5G to accelerate innovation and growth by scaling small cell wireless infrastructure,” said Tejas Rao, managing director and global 5G offering lead for Accenture’s network practice.

To keep pace with rising consumer demand for wireless data – 238% in the last two years – and build out 5G networks, wireless carriers will need to deploy roughly 800,000 modern wireless antennas – small cells – in the next few years. These small cells, similar in size to a pizza box, will enable new innovations including the Internet of Things, smart cites and autonomous cars.