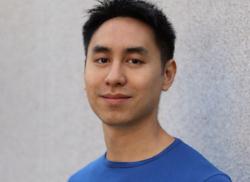 Origin Protocol, a blockchain startup that is building the infrastructure for a new decentralised sharing economy, has announced they are forming a technology partnership with NuCypher, a company that provides encryption technology to decentralised applications.

In the future, sharing economy companies building on the Origin Protocol platform will have access to NuCypher data re-encryption technology, which is described as “HTTPS for Dapps,” and will allow for more complicated applications to be built completely decentralised.

Data security has been pushed into the spotlight in recent years as individual companies who hold vast amounts of personal information in data silos have been compromised. The result of these incidents have been massive leaks of private information (Yahoo) or the outright manipulation of personal data to influence the outcome of political events (Facebook). The irony is that many of these companies are in business to collect and safely store massive amounts of personal data for their own use or the use of advertisers. 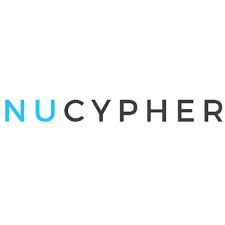 Some of the largest companies in the world, like Uber and Airbnb, have created their business empires from their ability to collect, silo, and analyse huge amounts of customer data. This has led to monopolisation which creates a single point of failure for data security, in addition to unfair practices for consumers like price and market manipulation.

Blockchain could potentially break this cycle by introducing a public ledger of data that is protected against hacking and manipulation. However, most of the data on blockchain platforms like Ethereum are publicly available for anyone to access.

This presents a problem for decentralised sharing economy applications because they need to incorporate certain types of data that are needed to run an application, but shouldn’t necessarily be publicly available on the blockchain. For example, a user’s current location may need to be encrypted for most users, but made available to a ridesharing driver.

Origin Protocol is the underlying infrastructure for a new type of decentralised application Origin’s platform will power an ecosystem of blockchain-based sharing economy companies. Over 30 companies have already committed to building on the platform, from decentralised home sharing companies to for sale marketplaces to P2P car hiring services.

To help encrypt and securely share key portions of data, the company has announced a technology partnership with NuCypher to optionally act as a privacy layer for certain types of data within applications on their platform. The NuCypher KMS product enables end-to-end encrypted data sharing and access control for data that exists on a decentralised storage system.

“By integrating NuCypher technology into Origin we are offering more flexibility and greater control of sensitive data to our partner companies that are building on our platform.” said Matthew Liu, co-founder of Origin Protocol. “With Origin and blockchain technology in general, we are building infrastructure for a completely new, decentralised Internet economy. This is one of those steps that seems small, but is actually a huge development.”

NuCypher combined with Origin would allow an application to, for example:

NuCypher itself uses a proxy re-encryption method which means that neither itself or companies implementing its protocols ever have access to the private data that is being encrypted. By giving optional privacy access control to specific types of data, companies building on the Origin Protocol platform will then be able to create more powerful sharing economy applications that exist in a completely decentralised way.

“The majority of P2P marketplaces require some private information to be communicated between buyers and sellers, of varying levels of sensitivity,” said MacLane Wilkison, NuCypher CEO & co-founder. “We’re looking forward to providing secure access control and data sharing to the many marketplaces building on the Origin Protocol.”

Using Origin Protocol companies will be able to build applications that will power a new gig economy, providing services to consumers with a fraction of the service fees and providing workers better wages and benefits. The partnership with NuCypher is a technological step towards building new decentralised infrastructure where the consumer data held by companies is now distributed, secure, and free from manipulation.