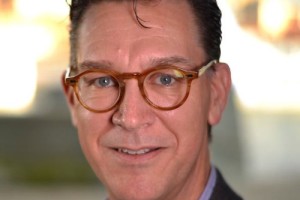 Outpost24, a provider of Vulnerability Management solutions for commercial and government organisations, announced the results of a survey of 155 IT professionals, which revealed that 42% ignore critical security issues when they don’t know how to fix them (16%) or don’t have the time to address them (26%).

Additionally, when survey respondents were asked how quickly their company remediates known vulnerabilities, 16% stated they review their security at a set time every month, 7% said they do it every quarter, however a worrying 5% said they only carry out assessments and apply fixes once or twice a year. Only 47% of organisations patch known vulnerabilities as soon as they are discovered.

“The trend lines have already been drawn, and we can see from the survey results that they are not improving,” said Bob Egner, VP at Outpost24. “Our survey results suggest that businesses are adding technology as a key element of their strategy but not preparing their security teams with the skills and resources to keep up. It’s vital that organisations have full awareness of all assets that the business relies on, and that they are constantly tuning for the lowest possible level of cyber security exposure.”

Respondents were also asked if security testing is conducted on their enterprises systems, which revealed that 7% fail to conduct any security testing whatsoever, however, reassuringly, 79% of respondents said they do carry out testing. Respondents were also asked if their organisation had hired the services of penetration testers and 68% revealed they had. The study also found that of those organisations that had hired penetration testers, 46% had uncovered critical issues that could have put their business at risk.

Egner added: “Outsourcing services like penetration testing can be an excellent way to get a holistic overview of the cyber security exposure across an organisation’s assets as well as expose threats within systems that may well have gone unnoticed. To maximise the value of testing investment, remediation action should be taken as close to the time of testing as possible. With the proliferation of connected technologies, the knowledge and resource gap continue to be key challenges. Security staff can easily become overwhelmed and lose focus on the remediation that can be most impactful to the business.”