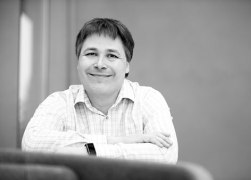 Tuukka Turunen of The Qt Company

The Qt Company launched the Qt Safe Renderer 1.0 to seamlessly integrate functional safety compliance into the software development process for safety-critical systems and devices. By giving organisations a head start in meeting industry-specific compliance requirements, the Qt Safe Renderer allows them to focus valuable time and resources towards moving their businesses forward.

Functional safety requirements aim to mitigate unacceptable harm to people by lowering or eliminating the impact of system failures.

Customers that develop safety-critical systems need functionally safe software that complies with their respective industry standards. Functional safety standards validate that software is safe for use in safety-critical systems, such as automotive instrument clusters and medical devices. Since standards differ depending on the industry, there is no one-size-fits-all solution. Therefore, developers need a specialised, stable process to ensure their user interfaces (UIs) and devices comply with functional safety standards.

“Customers in various industries expect good usability and modern functionality also from safety-critical systems. Developers are facing a challenge to strike the balance between pushing the edge of innovation and adhering to required safety standards,” says Tuukka Turunen, senior vice president of R&D, The Qt Company.

The Qt Safe Renderer is certified by TÜV NORD according to the following functional safety standards:

The Qt Safe Renderer can use both certified real-time operating systems (RTOS) and hypervisor technology to separate safety-critical functionalities from non-safety-critical ones.