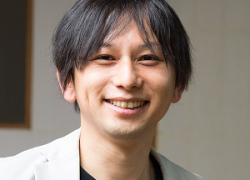 Soracom, Inc., provider of the cloud-native connectivity-as-a-service platform for the Internet of Things (IoT) announced participation as the lead investor in a $5 million (€4.24 million) funding round for resin.io, a provider in the use of Linux containers and other modern cloud technologies to develop, deploy, scale and manage fleets of connected devices.

This marks the first investment from the Soracom IoT Fund Program, which is a component of the KDDI Open Innovation Fund III launched by Soracom’s parent company, KDDI Corporation. The mission of the Soracom Fund is to identify and support innovative companies advancing the state-of-the-art in IoT.

“KDDI is drawing on the expertise in its group of companies to make strategic investments in areas like AI and IoT that are poised for growth in the 5G era,” said Daichi Funato, co-founder and COO of Soracom and leader of the fund program. “Our role at Soracom is to identify key builders of the global IoT infrastructure and help accelerate their growth with both funding and enhanced collaboration. Resin.io has pioneered the use of containers as the software vehicle for constrained devices and proven that they play a big role in successful IoT strategies.”

“Resin.io has succeeded by delivering a platform that helps developers manage the many challenges of building and deploying software to devices on the edge,” said Alexandros Marinos, founder and CEO of resin.io. “At the same time, Soracom has solved the problem of providing simple and secure connectivity for edge devices. Taken together, these solutions provide developers with critical infrastructure for their IoT projects, freeing up organisations to focus on growing their business.”

“Soracom’s mission to make the connected world of the IoT a reality requires a broad and robust ecosystem of software and service providers,” said Kenta Yasukawa, co-founder and CTO of Soracom. “Resin.io technology dramatically lowers the barrier for developers who are already familiar with cloud side development to deploy software onto IoT devices. Joining forces between both platforms accelerates successful IoT projects.”

In addition to the investment, Soracom and resin.io plan to deepen their partnership to further support the needs of developers building and deploying IoT solutions. Future collaboration will include work to seamlessly integrate Soracom’s connectivity solutions with resin.io’s software management platform, as well as joint hardware solutions that will let devices automatically connect over the air on first sign-in.