IoT connections to grow 140% to hit 50bn by 2022, as edge computing accelerates ROI, according to Juniper Research - IoT Now - How to run an IoT enabled business

Home › IoT News › IoT connections to grow 140% to hit 50bn by 2022, as edge computing accelerates ROI, according to Juniper Research 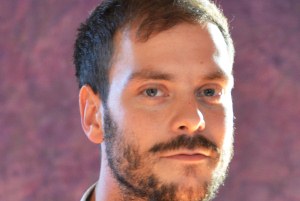 New data from Juniper Research has revealed that the total number of connected IoT (Internet of Things) sensors and devices is set to exceed 50 billion by 2022, up from an estimated 21 billion in 2018.

Juniper’s new research, The Internet of Things: Consumer, Industrial & Public Services 2018-2023, found that this growth, equivalent to 140% over the next 4 years, will be driven by edge computing services (the processing of data away from the cloud and closer to the source); increasing both deployment scalability and security.

As part of this new research, Juniper has ranked the industry’s leading vendors:

It noted that IBM’s breadth of services and investment in its Watson platform has paid off. However, Microsoft’s tremendous growth in the enterprise cloud space, its IoT Edge services and AI prowess highlight an increasingly compelling offer in the market.

Intelligence moves to the edge

The research found that the rise of edge computing would be critical in scaling deployments up, owing to reduced bandwidth requirements, faster application response times and improvements in data security.

Juniper predicted that a substantial proportion of the estimated 46 billion industrial and enterprise devices connected in 2023 will rely on edge computing. Therefore, addressing key challenges surrounding standardisation and deployment models will be crucial.

Research author Steffen Sorrell added: “IoT at the edge dramatically increases project scope and value. However, it must be noted that work around standardisation, interoperability and how to manage the decentralisation of data processing remain in development.”

However, both approaches presently lack true decentralisation offered by public blockchains, a key requirement for end-to-end trust. Juniper claimed that opportunities for blockchain technologies in the IoT would remain limited until such issues were resolved.