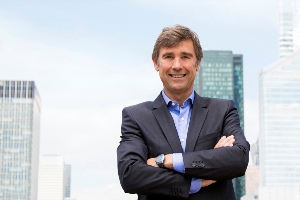 The decision in favor of Transatel was supported by an opinion previously published by the BEREC (Body of European Regulators for Electronic Communications). This decision brings down existing barriers to innovation and growth for European firms in the IoT space. Nonetheless, Germany remains the market with the highest barrier to entry for innovative IoT players, which is as detrimental to Europe as it is to German consumers.

After a series of unfruitful discussions to obtain an MVNO agreement from Telefonica Germany to address the German market, Transatel limited its request to the application of the European regulation allowing non-German Europeans to benefit from RLAH (‘Roam-Like-at-Home’) when traveling to Germany. Telefónica produced arguments to thwart an agreement, arguments thatwere formally rejected by the BNetzA on June 7th.

Jacques Bonifay, Transatel CEO : “We’re thankful for this decision and relieved to see that European and German institutions are playing their role in promoting competition on our internal market. It’s important to point out that Germany, the largest European country, is also by far the most difficult one in which to obtain network access.”

“German mobile operators are keeping thedoors to the German market shut to alternative players such as Transatel. Our case is only an illustration of this structural situation, one that is clearly detrimental to Europe and to German consumers. Nonetheless, Transatel is committed to bringing innovation to the German market and consumer.”