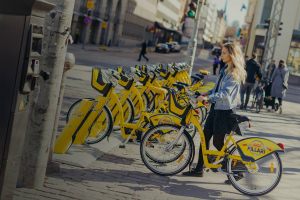 Stage Intelligence, the provider of Bike Share Scheme management solutions, has partnered with Moventia, an urban transport operator, and CityBike Finland OY, the Bike Share operator for Helsinki. Together they will deploy its BICO Artificial Intelligence (AI) platform in Helsinki’s Bike Share Scheme.Helsinki CityBike has gone live with Stage’s AI management platform and is supporting over 600,000 residents with their new season of Bike Sharing.

The BICO solution is actively collecting citywide data and optimising Bike Share operations in Helsinki. The partnership with Stage Intelligence enables CityBike to use its BICO AI platform to drive usability of its more than 2,000 bikes and increase ridership for the new season of Bike Sharing as the CityBike scheme continues to expand into the city of Espoo.

Stage specialises in developing, training and deploying AI technology to optimise the management and operations of Bike Share Schemes globally. Its flagship BICO solution has been helping multiple Bike Share operators around the world deliver a better optimised scheme while reducing operational costs.

“Helsinki is in one of the top ten most livable cities in the world with strong cycling infrastructure and public transportation links. We are excited to go live with CityBike and its partners to transform how over 600,000 Helsinki residents experience Bike Sharing every day.

Over 96% of its residents have a positive attitude towards cycling and we’re proud to be using city data and AI to get even more people cycling through optimised and efficient Bike Share Scheme management,” said Tom Nutley, head of operations at Stage Intelligence.

BICO is being used to optimise Helsinki’s Bike Share Scheme and get more of its citizens cycling and using public modes of transport. Helsinki is one of the top cities internationally for cycling with around six journeys a day made by bike, according to the City of Helsinki’s Bicycle Account 2017 report. By 2020, it’s aiming to increase the number of journeys taken by bicycle from 10% to 15%.

“Cycling is quite often the fastest and most comfortable way to travel in Helsinki and the city has built quite a strong culture around it. The residents love cycling, and we want to get more people on two wheels and using the city’s extensive public transport methods,” said Jordi Cabañas, GM of the Bikesharing Division at Moventia.

“We chose Stage Intelligence because they understand the city and have strong processes that can help us achieve our ambitious goals in making Bike Sharing more accessible and attractive to all citizens of Helsinki.”

With population figures expected to reach 860,000 people by 2050, city officials and planners are focused on getting more of its residents cycling. Helsinki City Bikes have been at the heart of promoting the city’s cycling efforts.

“Public transportation is a big part of Helsinki with over 50% of the population relying on it for its daily commuting and Bike Sharing plays a very special role in this. Over 60% of users combine CityBike with public transportation and use it to get around the city as the Bicycle Account report states.”

Stage’s BICO solution is currently deployed in numerous Bike Share Schemes around the globe including Divvy Bikes in Chicago, MIBICI in Guadalajara and Helsinki CityBike with several more deployments in the near future. It has been crucial in reducing operational costs for operators and enabling the rapid roll out of new features for its riders. Stage Intelligence has supported the Divvy Bike Share Scheme achieve over 15 million trips in Chicago. 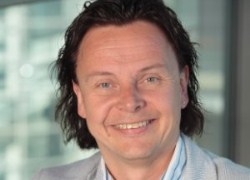