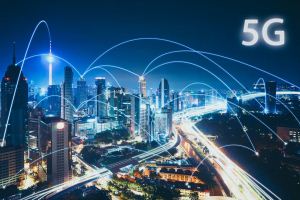 Have you noticed how everything is defined as ‘smart’ these days? Cars might be smart, I’ll grant you that, and the roads have the potential to be intelligent. But I draw the line at memory foam. What if everyone jumps on the bandwagon and the term is taken to a natural conclusion? Muesli makers could describe their product as ‘smart’ – since its ingredients all have DNA, nature’s sustainable coding system, says Nick Booth.

The IoT industry should worry as the concept of ‘Smart’ is close to being done to death. Soon if you use the words Smart or Artificial Intelligence in an important pitch, the audience’s eyes will glaze over – which is worrying if you are pitching for venture capital. They might think over use of the word AI indicates a lack of genuine intelligence.

Luckily, the UK government is a bit behind the curve and is still massively impressed by these terms. So much so that Matt Hancock, while minister of State for Business and Enterprise, awarded £25 million (€28.04 million) to the cause of getting the fullest benefits from 5G and the IoT.

The logic is that 5G represents our best chance in an age for Britain to raise its productivity. Six 5G Test bed projects are now addressing everything from tourism (in the west Country) to the digital divide (Liverpool). In Bedford they are testing connected cars and a couple of the initiatives are addressing the needs of agriculture.

The Worcestershire 5G Consortium has been granted £4.8 million (€5.38 million) to see how the region that’s home to a fifth of Britain’s manufacturing can boost productivity when the IoT starts taking advantage of all 5G’s wonderful offerings. Britain is often criticised for neglecting its manufacturing sector and some say all our problems would disappear if we could ‘Make Britain Make Again’.

The gift that 5G bestows on our manufacturing sector will be a double edged sword, because it gives criminals, terrorists and state sponsored disruptors the chance to get their hands on our means of production and demand a ransom.

So The Worcestershire 5G Consortium is as much about security as it is about productivity. One fifth of UK manufacturing might take place in this region but a more significant figure is that 30% of Britain’s security firms are based within 30 minutes of the Malvern Hills Science Park where the testing will be co-ordinated.

Brendan Lynch has the responsibility for making sure that our manufacturing industries get the full ‘Smart Bounce’ when 5G reaches maturity. A range of partners are involved, including AWTG, Huawei, O2, BT, Yamazaki Mazak and Bosch. The trials involve building test cases around preventative maintenance, which involves putting endless sensors in machines, collecting data and trying to make interventions.

It’s not all defensive stuff, insists Brendan Lynch, the former CTO at Orange and MD of Eire’s mobile operator Eircom. There are positive initiatives. The rarity and expense of maintenance engineers in the IoT manufacturing age will damage our competitiveness. So Lynch is developing an alternative that will allow junior engineer to visit a site with a headcam, while the expensive engineers stays in the office an issue commands ex-cathedra (from the chair).

Doesn’t sound like a massive money spinner though, does it? It’s very early days, says Lynch. “We need to put in place the right regulations and incentives for operators to build future improvements,” says Lynch. Before we get the IoT of things firing on all cylinders, we need to get our human intellectual capacity at its best.

Manufacturing professionals in future will need a different skill set. Engineers will need a hybrid set of skills, so they can deal not just with the mechanics of the machinery but will be able to deal with the networking and the nuances of each industry.

“We are starting to look at courses to create these new types of hybrid engineer,” says Lynch. The fruits of 5G may be a decade away, but the cultivation needs to begin pretty soon if we are to have the most fertile environment in place. And that will call for some very Smart leadership and genuine intelligence.