As Samsung and Swann IoT apps breached, when will we confront our security flaws? - IoT Now News - How to run an IoT enabled business

Home › IoT News › As Samsung and Swann IoT apps breached, when will we confront our security flaws? 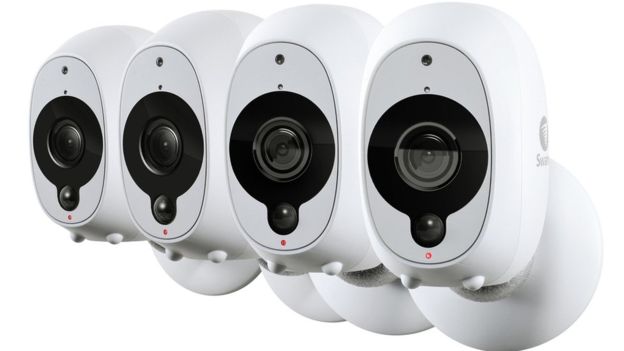 On Thursday, security flaws were revealed within the firmware of Samsung‘s SmartThings Hub. Cisco Talos issued a blog on multiple vulnerabilities. As Jeremy Cowan reports, this is not the only IoT security flaw exposed recently. No surprise then, that enterprises are getting twitchy about the security of their future IIoT services.

Cisco Talos has been working with Samsung to ensure that these issues have been resolved and that a firmware update has been made available for affected customers.

The hub is a central controller that allows smartphone-equipped users to monitor and manage various Internet of Things (IoT)-enabled household electronics. These include: light bulbs; heating, ventilation & air-conditioning (HVAC) systems; door locks, and so on. These vulnerabilities could allow an attacker to execute operating system (OS) commands or other arbitrary code on affected devices.

The firmware running on the SmartThings Hub is Linux-based and allows for communications with IoT devices using a variety of different technologies such as Ethernet, Zigbee, Z-Wave and Bluetooth.

The flaw has been disclosed to Samsung who now have a fix available, but the vulnerabilities are said by a Cisco Talos spokesperson to be “quite severe”.

Given that these devices often gather sensitive information, the vulnerabilities discovered could enable an attacker to monitor and control devices within the home or business, or to perform unauthorised activities. For example:

At the same time last week, news was breaking that Swann’s security cameras could easily be hijacked and their video and audio feeds accessed. The popular brand of wireless security camera — designed to safeguard businesses and homes — was, in fact, vulnerable to a spying hack.

The flaw meant it was possible to access video and audio streamed from other people’s properties by making a minor change to Swann Security‘s app. Researchers found the problem after the BBC reported a case where one customer had received another’s recordings.

Responding to the new findings, Swann has told the BBC that the problem was confined to one model, the SWWHD-Intcam, also known as the Swann Smart Security Camera.

Commenting on this, Adam Brown, manager of security solutions at California-based Synopsys, an application security testing company, tells IoT Now: “I personally have experience with Swann cameras – I used to have one, albeit different from the one in the report. I found that the camera feed itself could be accessed directly from the network the camera was on, and there was some access control over that video feed – a hardcoded password, as I remember – this is bad practice.

“If that camera was placed directly on the internet (not behind a firewall) then prying eyes could potentially see what my camera could see. Obvious lax security controls indicate systemic failings. Without speculating on the technicalities of what went wrong here, I would surmise that the software security initiative at Swann is either lacking or could benefit from some deliberate improvement driven from management. The camera market is catching up in cybersecurity. Leading Chinese manufacturers are integrating privacy and security into their cameras and infrastructure. Privacy and security are going to be vital for the camera industry, itself placed as a security solution,” Brown adds.

Security is No.1 concern in IIoT

So, is it any wonder that security is the biggest concern for businesses considering their future in industrial Internet of Things (IIoT)? We’ve asked it before, but what kind of humsn disaster (and damaging headlines) will it take before device OEMs start to take security seriously?


According to the 2018 SANS Institute Industrial IoT Security Survey Report, security is the biggest worry when it comes to Industrial Internet of Things.

Dean Ferrando, systems engineer manager at Tripwire comments: “The expansion of connected devices and technology comes with risk. The development and deployment of an Industrial Internet of Things brings safety to the top of that risk assessment. This is partly down to IoT manufacturers shipping devices with little or no security, so it is critical for product developers to thoroughly examine the technology in the devices and guarantee that security is being programmed at the software stage to remove any flaws.

“When connected devices can make material changes in the physical world, life and safety become especially relevant to cybersecurity. This is why security within critical infrastructure must be addressed at the highest level. Thankfully, as new devices and issues arise, there is an abundance of defence mechanisms and technologies to choose from,” Ferrando concludes. “If industrial organisations are to avoid being hit by a cyberattack, implementing a security hygiene strategy that incorporates educating the workforce alongside investing in the right technology needs to be in place.”

The author of this article is
Jeremy Cowan (pictured left),
editorial director of IoT Now
and VanillaPlus.