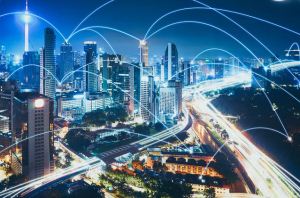 The market for IoT connectivity worldwide continues to evolve rapidly – if anything, at a faster pace during 2018 than in 2017. New providers, such as Twilio and 1NCE, are entering the market says Tom Rebbeck, research director at Analysys Mason.

More importantly, these providers are building their IoT businesses on new models that have been inspired more by cloud players such as AWS than traditional network operators such as Vodafone. These new models that are built for scale are likely to become the standard for much of the market as revenue per connections for IoT fall further (thanks to the growing presence of NB-IoT and LTE-M).

IoT connectivity is also gaining interest from investors outside the sector. For example, ARM acquired Stream Technologies in June 2018 to realise its ambitions to provide services that complement its core business.

This article explores the implications of these developments and is based on our recently published report IoT MVNOs: case studies and analysis (volume II), which profiles eight IoT MVNOs. The changes in the market create a challenge for both MNOs and for established MVNOs that have built their businesses around the model of a consultative sale and bespoke contracts and pricing.

New entrants are creating a new model for buying connectivity

The new-entrant, AWS-inspired IoT MVNOs are creating a new category of connectivity, distinct from the traditional ‘consultative sale’ model of selling connectivity and contracts where connectivity is part of a solution that includes other features such as hardware and platforms (see Figure 1).

Companies can be present in more than one category at a time – for example, an MNO can sell pure connectivity to some customers and a mix of connectivity and other capabilities (even complete solutions in some cases) to others.

The following implications arise following the introduction of these new categories of connectivity type.

All providers need to consider what these developments mean for them. Operators’ existing business models have supported steady, but not substantial, revenue growth. New models may help unlock more-rapid revenue growth and be required for new, lower-cost NB-IoT and LTE-M connections but are likely to damage those not able to adapt.

The author of this blog is Tom Rebbeck, research director at Analysys Mason