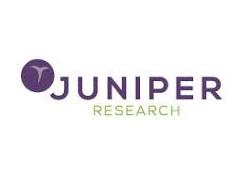 A new Juniper Research survey has found that 65% of responding enterprises with more than 10,000 employees are considering or actively engaged in blockchain deployment. This marks a significant rise from last year, when the corresponding figure was 54%.

Indeed, according to the Blockchain Enterprise Survey: deployments, benefits & attitudes (second edition), nearly a quarter of companies considering deploying blockchain had moved beyond proof of concept into trials and commercial rollouts, with dramatic diversification in use cases over the past year.

Only 15% of proposed deployments were now related to payments (compared with 34% last year), with significant interest in opportunities across diverse fields including logistics, authentication and smart contracts.

The findings tally with those from Juniper’s attendant Future of Blockchain research, which identifies savings and cost reductions across a range of verticals in areas such as compliance and fraud reduction, including more than $100 billion (€85.54 billion) by 2030 in food exports.

The survey findings revealed that nearly half of companies were considering using Ethereum as their blockchain; reflecting the fact that its token standardisation has enabled the creation of an ecosystem of dApps (Distributed Applications) to be built on its chain.

Furthermore, all responding companies which had already invested over $100,000 (€85,500) in blockchain indicated they would be spending at least this amount again on the technology over the next 12 months. Juniper claimed this demonstrated initial feedback had been largely positive in most cases, sufficiently so for companies to move to the next stage of integration.

However, around three quarters of respondents expect disruption to either internal systems or clients’ systems. As research co-author James Moar observed, “The findings illustrate the need for companies to engage in a prolonged period of parallel running new systems alongside the old, to iron out any issues that might arise.”

The survey responses also cemented IBM’s position as the go-to company for deployment, with the tech giant ranked first by 65% of respondents, nearly 10 times that of second-placed Microsoft (7%).

Juniper Research is acknowledged as the leading analyst house in the digital commerce and fintech sector, delivering pioneering research into payments, banking and financial services for over a decade.