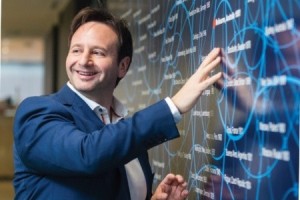 Ericsson and Telstra have successfully deployed and tested Narrowband Internet of Things (NB-IoT) data connections up to 100km from a base-station in Telstra’s commercial network. This is said to be the longest-range NB-IoT connection of its kind,

and a key milestone towards increasing Telstra’s LTE footprint in rural and regional Australia.

The technology, designed by Ericsson, extends the 3GPP standards-based limit from around 40km out to 100km and is activated entirely through software upgrades, with no changes required to NB-IoT devices. The innovation further cements Telstra’s leadership as Australia’s only operator and one of the first globally to offer both NB-IoT and Cat M1 technologies.

Channa Seneviratne, Telstra’s executive director, network and infrastructure engineering, says: “Telstra already had Australia’s largest IoT coverage with Cat M1 across our 4G metro, regional and rural coverage footprint. With this NB-IoT extended range feature, we have now extended our coverage to more than three and a half million square kilometers, delivering our customers the best IoT coverage and capability in the country.”

“Once again Telstra, working closely in partnership with Ericsson, has delivered innovation that ensures the benefits of IoT technology can be enjoyed by the largest number of Australians, not just those in the cities and towns.”

Emilio Romeo, Ericsson’s managing director Australia and New Zealand says: “This game-changing capability builds on Ericsson’s long history of delivering extended range cellular solutions. We’re partnering with Telstra to deliver its customers a world-leading capability in NB-IoT extended range cells and demonstrating the huge opportunity that IoT represents in rural and regional areas for both Australia and globally, particularly for logistics and agriculture.”

The extended range NB-IoT network capabilities were demonstrated on Telstra’s mobile network at the Telstra Vantage Conference held at the Melbourne Exhibition Centre on September 19-20, 2018.

The extended-range capability of Telstra’s mobile network was shown with a Captis NB-IoT temperature sensor, sourced from mIoT, located 94km from the Telstra base station on Mount Cenn Cruaich in New South Wales, Australia.

The network’s ability to reach difficult urban locations was demonstrated with a Captis sensor from mIoT located three floors below ground level in an underground parking lot in central Sydney that was beyond the reach of regular LTE signals. A solar powered Metos weather station from PessI Instruments was also on display reporting temperature, relative humidity, rain fall and leaf wetness.