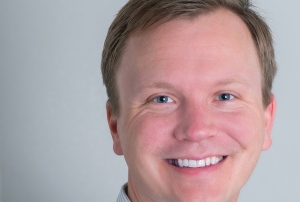 
As a child what job did you want to have when you grew up?

I recently found something I wrote when I was ten years old, predicting what I would be doing when I was 25. I clearly had my mind made up early, because not only did I correctly identify that I would be studying engineering at university, but I even identified the university I’d attend, Chalmers University of Technology, in Gothenburg, Sweden. In my teens I set my sights on becoming a musician, but in the end followed the path set by my ten-year-old self.

If you had one business lesson to share with your younger self what would it be?

Easy – that hard work beats talent every time. It’s obviously best if you can have both, but in the end it’s the person who puts in the time and effort; does what he or she says they will do when they say they will do it; and that you can rely on to get the job done who wins out in the long term.

Without naming and shaming, tell us about your worst ever boss

At one of my early jobs, I moved across the world to join an organisation that I had great expectations of, only to learn that the boss who recruited me had left by the time I arrived and not told anyone I was coming! So, I guess the person wasn’t technically ever my boss but that was a pretty bad experience.

Which Internet of Things (IoT) use case has recently fired your imagination?

At PARC, we have recently designed and prototyped a mouthguard with sensors in it that allow you to detect hydration and mental engagement though saliva alone. What excites me about this is the possibility of radically improving our understanding of ourselves and our bodies and make that knowledge available to anyone at any time. We will soon wear, in various ways, devices that collect data that is now only available to lab scientists with very expensive equipment. With access to this real-time data, we will soon be able to truly take control of our own health.

What has been your most memorable business travel experience?

My first business trip to Tokyo was quite something. Experiencing a business and overall culture that’s very different from that in the US and Europe was eye-opening and humbling and visiting Japan for the first time was an experience on its own.

What lessons have you learned from doing business in other countries or organisations?

That we’re all so different, yet so alike. As much as there are notable differences between how we do business across countries and organisations, all decisions are made by people with similar feelings, anxieties, dreams and aspirations. If you can relate to those, then you can make things work with anyone, anywhere in the world.