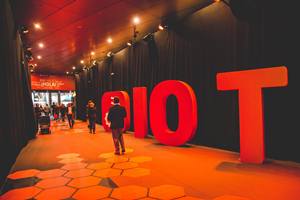 The fourth IoTSWC (Internet of Things Solutions World Congress) demonstrated the widespread implementation of IoT technology in all sectors address their digital transformation. The event on the industrial applications of the Internet of Things (IIoT), which came to an end last Thursday at Fira de Barcelona’s Gran Via venue within the framework of Barcelona Industry Week, brought together 341 companies and 16,250 visitors from more than a hundred countries, respective rises of 42% and 16% compared to last year.

Organised by Fira de Barcelona in partnership with the IIC (Industrial Internet Consortium), each year IoTSWC attracts leading companies in the development of this technology, as well as the finest international experts. Throughout three days of intense activity, IoTSWC mustered business and knowledge to debate the evolution of the Internet of Things and its convergence with other disruptive technologies such as Artificial Intelligence and blockchain, both of which had a greater presence this year.

Roger Bou, director of IoTSWC, expressed his great satisfaction with “the fair’s increasing convening power, its noticeably international nature and the qualified profiles of the visitors who come to this technological event. All the above confirms the interest aroused by the rapid evolution and deployment of the IoT in all kinds of sectors, the need to identify real applications and pool knowledge and the increase in the demand for solutions for the digital interconnection of objects and processes”.

Richard M. Soley, executive director of the IIC and president of the IoTSWC advisory committee, declares that: “IoTSWC’s growth certifies that not only it has established itself as the international benchmark event for the industrial internet but also as a platform for the dissemination of new standards and technologies that will accelerate the deployment of IoT solutions worldwide and will help companies transform their business and gain a competitive edge in a key moment for many industries”.

In all, 316 speakers participated in the congress schedule this year. More than 200 talks, panel discussions and presentations of success stories involving IoT applications in different industrial environments were held, as well as others in areas related to energy and supplies, connected transport, construction, infrastructures and healthcare.

Similarly, IoTSWC incorporated the Blockchain Solutions World and a specific seminar on cryptoeconomics and business investment opportunities based on this technology, as well as the AI & Cognitive Systems Forum focusing on new developments in Artificial Intelligence.

Another new feature of this year’s IoTSWC was a special session devoted to analysing the leadership role of women in the IoT ecosystem, with the presence of female directors of firms such as Google Cloud, Big Belly, IoT Global Initiative, Hitachi, ABB and Microsoft. Three workshops endorsed by the IIC were also conducted to examine aspects of IoT technology and Artificial Intelligence. 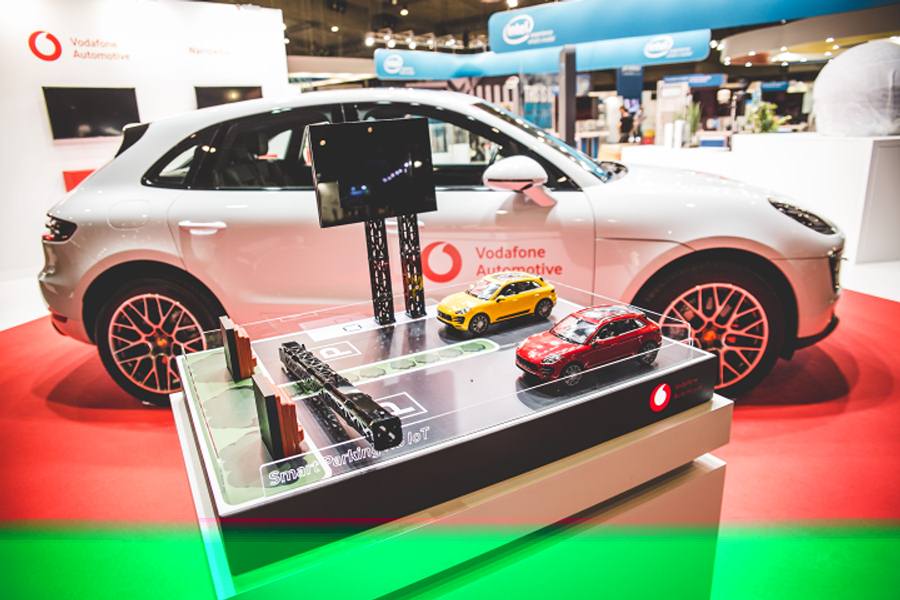 One of the spaces said to be most valued by visitors was the Testbeds area, where a dozen IoT-based prototypes and projects jointly developed by leading companies were exhibited.

This year the exhibition included a smart buoy to monitor water quality in Alaska and save beluga whales, a smart gate that opens when the owner arrives, a solution to analyse and scan the customer’s foot in order to design and manufacture custom shoes in 3D, a fully connected and sensorised fire engine to identify the status of its equipment in real time, as well as smart wearables for the prevention of occupational hazards, solutions for the interconnection of processes in the factory of the future and a powerful platform to plug in, connect and use any IoT device in a matter of seconds, among many others.

More specifically, the latter solution developed by Intel, ARM and Pelion won the award for the best testbed of the fair at the IoT Solutions Awards, which also acknowledged Huawei, IoTerop-Synox and Nokia as the companies with the most innovative IoT projects over the last year.

The fifth IoTSWC is due to be held at Fira de Barcelona’s Gran Via venue from 29th to 31st October, 2019.