Home › Blogs › How the eSIM can drive growth for operators 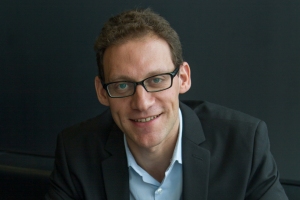 After months of speculation on the name, the colour, the features and the price, Apple’s September event finally revealed its latest line-up of handsets. Since then, there’s one feature in particular that has continued to generate further chatter in the telecoms industry: the eSIM.

The company introduced dual, virtual SIM capabilities to its new iPhone XS, XS Max, and XR, says Mikael Schachne of BICS, allowing users to easily switch between different operators and plans thanks to virtual, re-writable profiles. So, no more waiting for a physical SIM to arrive in the post or heading to your nearest phone shop. And no long phone calls to obtain PAC codes.

This move was quickly followed by the announcement from UK MVNO Truphone that it is now offering global eSIM data plans for the new range of Apple smartphones. Accompanied by an app, the data plans allow Truphone subscribers to use a single bundle of pre-purchased data when they travel across 80 countries, thereby avoiding roaming charges. Cue a stream of others launching similar offers.

Subscribers in the EU already benefit from Roam Like at Home (RLAH), but Truphone’s move – which will likely be copycatted in the coming months – will allow a similar, low-cost roaming experience in places like the USA, Australia, Japan and Mexico.

As these developments demonstrate, there’s growing momentum behind the technology. We’re all mobile subscribers, and the benefits to us are obvious, but many readers are also mobile operators. What will eSIM’s impact be on the telco community?

First, the fears. These include the fear felt by many operators that the rise of the eSIM will result in a fall in roaming revenues. In the future, subscribers with an eSIM-enabled handset may opt to switch to a virtual profile with a local operator when travelling abroad, instead of choosing a roaming package provided by their primary operator. Operators have already been hit with declining revenues from traditional voice and SMS services, and many are concerned that the eSIM will herald the loss of a crucial, profit-generating sector of their business.

There’s also the fear of ever-more intense competition among operators. The ability to switch almost instantly between operators, some believe, will further erode subscriber loyalty and increase churn. Consumers will be easily lured away by lower-cost subscription plans, many offered by MVNOs who don’t have to manage the kind of overheads traditional players do.

Fear of change is natural in any industry, especially one which seems to be developing and diversifying at such a dizzying pace. But change is also inevitable, and operators must adapt. In doing so. They can also unlock valuable new revenue streams and enhance the customer experience. We’ve already seen this with the EU’s introduction of RLAH last summer. There was initial hesitation from many in the industry, but LTE roaming traffic surged, happy subscribers escaped ‘bill shock’, and many operators realised that encouraging more mobile usage isn’t such a bad thing after all!

Second, the opportunities. The growing popularity of eSIM, like RLAH before it, should be grasped by operators as a chance to develop new services and drive revenue growth. In addition to mobile handsets, the eSIM will be making its way into a vast array of connected devices, which will need always-on, global connectivity.

These devices will all have to be managed – be it by a business or a consumer – so operators could look to rolling out apps and platforms which can be used by their subscribers to easily manage multiple connected devices. Offering services such as these will also help enhance the customer experience and should strengthen subscriber loyalty – something many in the industry fear is at risk with the arrival of the eSIM.

The ease of changing operators and SIM profiles could also lead to an uptake of connected consumer devices like smart watches and fitness trackers. Groups who perhaps traditionally would not have been attracted to these items (due to the perceived complications around set-up) may be more likely to buy – and buy multiple – devices. Operators could then start offering multi-device, shared data plans, with consumers able to easily add new devices.

The eSIM also had benefits for hardware manufacturers, allowing connected devices to be produced in one country, shipped anywhere in the world, and still offer straight-out-of-the-box connectivity for end-users. A virtual profile can simply be downloaded to the device, offering connectivity at local rates.

The same applies to devices which require connectivity whilst in transit. Think of a logistics company which wants to track the progress of a shipment as it’s transported across the world. Reliable, global connectivity is needed, and can be achieved easily by switching between local operators.

There are still the challenges of sourcing different SIM profiles from multiple mobile operators and managing the hand over from one to another, but this can be overcome by the creation of a global eSIM profile. There are already solutions available which facilitate this, granting more control to logistics companies – and others in a similar position – and helping them move into the MVNO space.

Many operators will greet Apple’s introduction of eSIMs with apprehension, yet the move should be grasped as an opportunity, rather than feared as a threat. This goes for telcos, device manufacturers, and other parties which all stand to benefit from a globally connected IoT.

The author of this blog is Mikael Schachne, VP of mobility & IoT business, BICS