Home › Blogs › The evolution of the smart grid 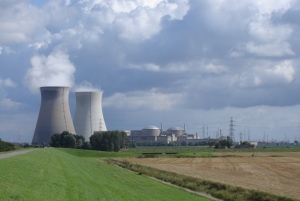 Japan faces a unique power delivery challenge because of its two entirely incompatible power grids. The odd system is a legacy from the 19th Century, when local providers In Osaka used 60Hz generators, while German equipment purchased in Tokyo worked on a frequency of 50Hz.

Here, Nick Boughton, sales manager at systems integrator, Boulting Technology, explains how the timeline of power grid modernisation, including the convergence of disparate systems, has led to the evolution of the smart grid.

By the early 20th century, local grids worldwide were growing, driven by the demands of the industrial revolution. Becoming very large, mature and highly connected by the 1960s, power grids were able to be metered on a per-user basis, allowing appropriate billing according to the varying consumption of different users. However, limited data collection and processing capability meant fixed-tariff arrangements were common.

Alongside the less-than ideal billing options, the growing request for power meant supply sometimes outstripped demand, particularly at peak times and power quality became affected. Between the 1970s and 1990s, events such as blackouts, power cuts and brownouts, where voltage is dropped for minutes or hours, were not uncommon in many developed countries.

More recently, from the turn of the century, technology has advanced to a stage where many of these limitations have been overcome. Peak power prices no longer need to be averaged out and passed on to domestic and commercial customers equally.

However, new challenges, including the instability of renewable power, have also become apparent. Concerns over environmental damage from fossil fired power stations and a reluctance to uptake nuclear power has resulted in the use of renewable energy technologies on a large scale.

According to REN21’s Global Status Report, 19.3% of the global final energy consumed was provided by renewable energy, with modern renewables increasing their share to approximately 10.2%. Renewable energy capacity grew through the use of solar photovoltaic cells, while hydropower continued to represent the majority of generation.

Renewable energy is key to fighting climate change, but it does produce highly variable power, which could lead to lower energy margins and potentially even blackouts on cloudy, still days. These risks, combined with a need for a highly distributed grid with power generated and consumed throughout, has led to the development of smart grids.

The first step in a smart grid upgrade is to improve infrastructure, to produce what China has coined a Strong Grid. Next is the addition of the digital layer, making the grid smart, followed by business process transformation, which is necessary to capitalise on the investment. Nowadays, much of this work is grouped as smart grid upgrades.

The smart grid is the end goal to take advantage of the full suite of features available for power grids. These include state estimation technology, which improves fault detection and allows self-healing and multiple power routes that improve reliability, resilience and flexibility.

Modern smart grids can also handle two directional energy flow, pushing further toward the goal of distributed generation. This is achieved by allowing power from photovoltaic cells, fuel cells and charge from the batteries of electric cars to reverse flow. Two directional flow increases safety while reducing reliability issues in an intelligent manner.

Algorithms can use data fed back to the system to predict how many standby generators will be needed to cope with rapid increases in grid load. This promotes load reduction that can eliminate stability issues.

Smart grids are a natural evolution of the power grid for most countries and an obvious choice for developing countries investing in power infrastructure or upgrading cities to smart cities. The benefits have brought about results in more stable power quality for commercial properties, manufacturers and other industries alike.

Smart grids effectively eliminate or account for many power quality and reliability issues. Desite the many advantages of a smart grid upgrade, Japan’s separate grids might require more work before becoming compatible.

The author of this blog is Nick Boughton, sales manager at systems integrator, Boulting Technology