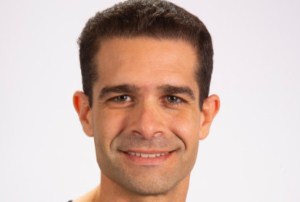 Applitools, the provider in Application Visual Management (AVM), claims to announced the industry’s first automated root cause analysis for bugs within web applications. For the first time, front-end developers and QA professionals can pinpoint the cause of bugs in application code within minutes, eliminating hours from traditional bug diagnosis practices and enabling companies to keep software projects and digital transformation initiatives on schedule.

Applitools Root Cause Analysis shows what DOM and CSS differences underpin each visual difference between a baseline screenshot and a test screenshot and comprise the “root cause” of the bug. Rather than digging through thousands of lines of DOM and CSS to find the root cause, developers typically only need to look at several lines. This makes bug fixing go faster and helps app teams be more productive and release on time.

Relatedly, Applitools has extended its user interface version control so that it now includes DOM and CSS associated with each screenshot. This enables development teams to see not only how the visual appearance of a web application has evolved over time, but also how its underlying DOM and CSS have changed. This makes it easier for development teams to roll back new features that are not meeting business needs.

“Root cause analysis for visual testing will significantly shorten the mean time to resolution of application bugs from hours down to minutes,” said Adam Carmi, CTO of Applitools. “By identifying the exact location and cause of a visual bug within a few lines of code rather than sifting through hundreds or thousands of lines of code, the increase in productivity from developers and QA teams creates a lasting benefit to the application and product owners, digital transformation managers, and ultimately, the business’ bottom line.”

Businesses need to test their applications on an increasingly larger set of devices, browsers, screen sizes, and operating systems. These constantly growing test matrices create more challenges for developers and test automation engineers. By allowing these teams to confidently find and fix bugs as quickly as possible, Applitools Root Cause Analysis helps companies to release better apps faster than their competition.

To get started with Applitools’ new Root Cause Analysis tool, sign up for a free Applitools Eyes account here.

Access Partnership, a global public policy firm for the tech sector, today released a report into global approaches to COVID-19 contact tracing. “Digital Contact Tracing: A Comparative Global Study” provides an overview of how tech-enabled countries have approached the use of digital contact tracing to stalk and defeat COVID-19.