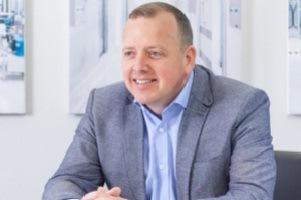 Small businesses in the UK are falling behind their larger counterparts when it comes to the adoption of new technologies according to a new report, with just 38% of smaller companies making use of Edge computing systems compared to 60% of bigger businesses.

In total, 90% of small business owners said their company is not utilising edge data centres, according to the independent commissioned by Volta Data Centres, with just 17% saying they were likely to deploy the technology in the next five years compared to 51% of larger companies.

The ‘Data Loss and Downtime are putting Hybrid and Edge Computing Strategies at Risk’ report, produced by Sapio Research, highlights the growing technology gap between SMBs and large enterprises.

The report also highlights the reasons for edge data centre adoption, with security (68%) being the primary factor ahead of faster delivery (57%) and cost efficiency (56%).

Underlining the issue, Jon Arnold, managing director at Volta Data Centres said: “Companies investing in edge computing are seeing huge benefits from the collection of operational information from IoT devices at the edge. But this report highlights the growing gulf between small and large companies, revealing the need for an improved understanding of the IT infrastructure available to small businesses.

“An ‘industry inequality’ is emerging that threatens to profit the biggest companies while leaving the rest far behind. In the long-term, these small businesses might lose employees frustrated with what they perceive as inadequate data centre and IT resources, as well as customers equally frustrated with slow, unreliable access to information. Education on and the witnessing of benefits around Edge computing will be essential to help plug this gap, helped by the smaller businesses that plan on adopting the technology in the future.”

This survey was conducted among 200 IT decision makers. The interviews were conducted online by Sapio Research in August 2018 using an email invitation and an online survey. To see the entire findings from the ‘Data Loss and Downtime are putting Hybrid and Edge Computing Strategies at Risk’, click here.