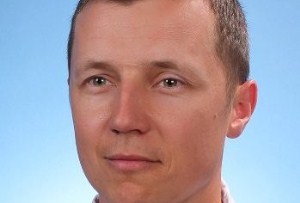 New research has found that senior IT decision-makers in the telecoms industry are primarily concerned with whether their companies were ready to implement these technologies, meet the challenges they represent, and capitalise on the opportunities they offer.

The research has been funded by Poland-based Comarch, a global manufacturer and vendor of IT services, and has been exploring the challenges faced by telco chief technology officers (CTOs) and chief information officers (CIOs) when it comes to implementing new technologies.

Comarch commissioned business intelligence firm Informa to poll its audience of C-suite and IT professionals to explore the subjects at the top of CTOs’ and CIOs’ worry lists, covering the IoT, assurance, and virtualisation, each of which is acknowledged as fundamental to underpinning the upcoming 5G. The research revealed that, while high importance was attached to each of these technologies, use cases and implementation approaches differed from company to company.

In all, 43% of respondents cited connected cars as the most promising use case for IoT technology, while 35% suggested smart metering and logistics. In real terms, however, the latter tend to demand high capacity and only need low data transmission bandwidth, in comparison to the former’s need for the ultra-low latency that can only be delivered by a fully deployed end-to-end 5G network. As such, CTOs and CIOs view these use cases as ‘low-hanging fruit’ in terms of short-term IoT deployments, despite their immediate appeal.

It was acknowledged that the wealth of data generated by the myriad connected devices in the IoT represents a potential new revenue stream. 28% of respondents chose to provide platforms for third-party services; just over a quarter (26%) chose to develop their own applications and IoT services, while just under a quarter (24%) chose to monetise connectivity. Around one in five organisations, however, had no plan in place to monetise it.

CTOs and CIOs recognise that AI is imperative in supporting their system assurance processes; according to one respondent, “we realise that with the amount of data, AI is a must.” Predictive analytics was seen as the most promising AI application to support service assurance (76%), followed by analytics at the network edge (54%), and automated root cause analysis. It was additionally found that almost half of all respondents (49%) saw that “recent investments in service assurance have had a strong return on investment for our business”.

Network function virtualisation (NFV) has been heralded as a key enabler of 5G, but the pace of its adoption has relatively slow due largely due to a fragmentation of standards. The emergence of a number of open source platforms is set to rectify this, however, and is an option being actively pursued by many CTOs and CIOs.

Open Platform for NFV (OPNFV) was the most popular NFV platform, selected by 57% of respondents, followed by Open Network Automation Platform (ONAP) at 46%, and Open Network Operating System (ONOS) at 41%. Nearly half of respondents (48%) use vendor customised versions of open sources, while those who plan to adopt upstream open source directly and those respondents who were not sure were equally distributed at 26% each.

Wojciech Dziunikowski, product manager at Comarch, said of the report’s findings, “What’s clear is that, while IoT, virtualisation, and AI are seen as critical for the development of companies and their ability to reassess themselves in the current digital market, and particularly in light of the impending 5G rollout, we’re still waiting for many dominant strategies and use cases to take shape.”

“It seems unlikely that these technologies themselves will railroad CIOs and CTOs into any particular commitments, meaning they will have to face some tough dilemmas deciding on the most beneficial partnerships, technical options and ways of implementing them.

“New technologies such as IoT, AI and virtualisation will require CTOs and CIOs to actively assess and pursue the best course of action for their companies, both in standard of choice proliferation and preferred use cases. What is certain is that decisions made at that stage will necessitate substantial investment, including resources put into staff re-training to help them adapt to new job requirements.”

The full report, with a detailed breakdown of responses and a summary of preferred technologies, business models and expert recommendations, can be downloaded here.