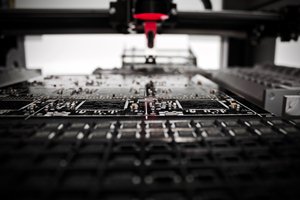 75% of Internet of Things (IoT) pilots fail. But when they do succeed, the stats show that organisations see a huge improvement in operational efficiency. It’s reason enough for many businesses to take the leap and, despite the high risk of potential failure, manufacturers in particular are continuing to put IoT at the heart of their infrastructure under the guise of the Industry 4.0 revolution.

With huge investments being made into everything from robotic assembly lines to connected sensors designed to improve plant data analysis, it’s clear that for many players in this space the IoT is seen as a calculated risk. The question that remains, however, is how these enterprises can give themselves more of a fighting chance – reaping the benefits of IoT by lowering the potential risk of failure.

There are a number of factors to consider when looking to introduce a low-risk IoT project, particularly in manufacturing. First and foremost, IoT for the sake of IoT is destined to fail. Unless there’s a clear plan that outlines how connected devices and the data generated by them can be used to improve operations, it’s a non-starter.

This may seem like IoT 101, but the sheer number of IoT failures on the market highlights that while anything can be connected, not all of it is going to benefit the bottom line. Having clear goals, and only connecting devices that will support them, will help ensure an IoT project that has the strongest chance of delivering ROI.

Beyond this, there are three essentials when it comes to developing a sound IoT strategy – minimising CAPEX, avoiding business disruption, and ensuring the IoT does not introduce additional security weaknesses.

There’s no shortage of new IoT-enabled machinery for those embracing Industry 4.0. Many enterprises will choose to replace all existing equipment with IoT-ready counterparts, but there’s another way to approach this evolution which comes with a much smaller price tag.

Ripping and replacing equipment is an expensive move, not least because manufacturers have invested huge sums into their current infrastructure. A better solution, then, is to add a connected layer to existing equipment. Through a combination of hardware that’s designed to bring any non-network-ready industrial device into the modern network environment and sensors that can tap into the data available through these legacy devices, organisations can take advantage of the IIoT without the huge upfront costs.

By avoiding the need to entirely rip and replace, manufacturers can mitigate the business disruption associated with installing new equipment and also the teething problems involved in ensuring it works seamlessly. An IIoT layer can be added quickly and easily, with minimal impact on the day-to-day running of the organisation.

This approach also allows projects to be adapted on the fly to ensure maximum return. If an IoT project is not delivering in the way a manufacturer is expecting, it can be easily tweaked and refined time and time again without impacting on core business goals due to system downtime.

A significant concern for manufacturers when introducing an IIoT layer to their existing infrastructure is security. Suffering a network breach can be devastating for any business, and for those in manufacturing the impact can be much bigger. There’s a perception that legacy equipment isn’t fit for purpose when it comes to tackling security threats, but that’s a misnomer. It depends on how the IIoT layer is implemented.

Bringing network connectivity to legacy equipment naturally increases a manufacturer’s potential avenues for attack. However, a way to mitigate this is to use technology such as an industrial device server, which can connect legacy equipment to the network while maintaining strong data encryption standards.

Rather than pairing each industrial device to a controlling PC and connecting it to the internet that way, a device server is purpose-built to mitigate risk as it keeps potential attack points on the network to a minimum. Advanced vendors can even add an additional layer of protection with on-site authentication restrictions before the device server can be accessed.

Addressing the need for low-cost flexibility

Industry 4.0 seems to be issuing manufacturers with an ultimatum of adapt now or risk being left behind. Yet a successful IIoT project depends on getting a lot of things right. As it’s unchartered waters for many organisations and their in-house teams, that’s not always easy. However, a layered approach to introducing IoT connectivity is a simple way to avoid the common pitfalls. Its low cost and flexibility means that manufacturers can experiment with their IIoT configurations until they find a set-up that’s right for them.

Not only will this see approach see ROI realised on a much shorter timescale, it’ll allow manufacturers to reap the benefits of IIoT without compromising on security or risking business disruption.

The author is Jörg Hecke, managing director at SEH Technologies