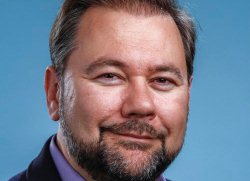 However, for these new IoT applications to deliver the anticipated benefits, they must ingest and simultaneously analyse in real-time massive amounts of data being generated from multiple sources, says Nikita Ivanov, CTO and co-founder of GridGain Systems. For example, consider some of the many digital transformation and omnichannel customer experience initiatives that enterprises and governments are launching:

Developing these applications on top of disk-based databases is impossible because they rely on an extract, transform and load (ETL) processes to move data from an online transactional processing (OLTP) database into an online analytical processing (OLAP) database. This introduces a time delay that means the data is out of date before the analysis even begins. The answer is an IoT platform built on open source applications for cost-effectively collecting, analysing and managing all the data in real-time.

The role of in-memory computing

A modern in-memory computing (IMC) platform brings together multiple IMC capabilities into a unified experience to simplify deployment and management. However, all the following IMC capabilities are not available in all IMC platforms, so it’s important to understand the application requirements when evaluating solutions.

Building out the IoT platform with open source solutions

To make it easier to develop and roll out new IoT applications, vendors or open source projects often collaborate to ensure the applications work together seamlessly and are easier to deploy. For example, consider the following open source “IoT Stack”:

Vendors of solutions built on these open source projects as well as the projects themselves are working to ensure simple, native integration between them. Because these are mature solutions, they offer one of the most cost-effective paths to rolling out large-scale IoT applications.

Successful Internet of Things projects often depend on deploying a cost-effective platform for developing and rolling out applications that can simultaneously collect and analyse data from multiple streaming sources, at massive scale. For many organisations, an IoT platform powered by in-memory computing based on open source solutions is the answer. Today, it’s critical for IT decision makers to begin laying out an IoT infrastructure strategy in order to position their organisations for future success.

The author of this blog is Nikita Ivanov, CTO and co-founder of GridGain Systems

Nikita Ivanov, founder and CTO of GridGain Systems, has led GridGain in developing advanced and distributed in-memory data processing technologies. Nikita has more than 20 years of experience in software application development, building HPC and middleware platforms and contributing to the efforts of other startups and notable companies, including Adaptec, Visa and BEA Systems. In 1996, he was a pioneer in using Java technology for server-side middleware development while working for one of Europe’s largest system integrators. Nikita is an active member of the Java middleware community and a contributor to the Java specification. He is also a frequent international speaker with more than 50 talks at various developer conferences in the last 5 years.