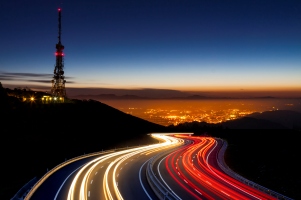 It’s almost three years since the UN declared internet access as a human right. Today, a nation looking to be a global digital leader and preparing the country for the advent of IoT, seamless, high speed connectivity is non-negotiable.

The connectivity of the future is 5G, says Adam Leach, director of emerging technology, Nominet. This next generation of mobile communications promises to enable a multitude of new use cases beyond our smartphones, with the potential to transform industries from agriculture through to manufacturing. Indeed, if the Internet of Things (IoT) is truly to fulfil potential and deliver far-reaching benefits, robust and consistent 5G connections must be standard nationwide.

Many still without 4G

Unfortunately, the track record for delivering seamless connectivity in the UK is poor. According to the regulator, Ofcom’s latest figures, a tenth of the UK’s landmass is still without 4G from any operator; the problem could be significantly worse for 5G unless we amend our approach to telecommunications.

Currently, neither the national approach to spectrum sharing nor the accepted spectrum policy adequately incentivise network operators to deploy infrastructure widely across the whole country. This results in areas of the UK – often rural, isolated areas – being left with poor connectivity, or no internet at all, while areas of spectrum are left unused. Not only does this hamper the IoT dream of seamless connectivity, it also leaves our country ‘digitally divided’, with the associated social and economic problems that have been well documented.

Encouragingly, there are already indicators of improvements. Ofcom’s recent proposals to allow for greater innovation in the use of spectrum are an important milestone. By allowing new and independent players to use this critical resource in key 4G bands, Ofcom can help underpin the early success and wider adoption of IoT in places underserved by the market to date. With the 1800Mhz and 2.3Ghz bands already being used in handsets, it is appropriate that Ofcom be ambitious in utilising this spectrum where it remains idle.

Notably Ofcom’s proposals follow in the footsteps of the Future Telecoms Infrastructure Review (FTIR), published last summer by the Department for Digital, Culture, Media and Sport (DCMS). This lays out a broader alternative model for telecoms in the UK; the market expansion model. The key challenge now is to ensure these first steps apply to the 5G bands being licensed, ushering in an improved approach to the selling, sharing and using of spectrum for future 5G networks.

The UK is not the only nation considering making fundamental changes to the way we use spectrum. In the US, the Citizens Broadband Radio Service (CBRS) is underpinned by spectrum sharing, while in Japan, the Ministry of Internal Affairs and Communication is planning to focus on dynamic spectrum sharing, creating a system that allows frequencies to be assigned to providers on demand in a bid to prepare the country for 5G.

Considering Japan is consistently ranked as a leading tech nation, with the US not far behind, these international efforts to better manage the use of spectrum to prepare for the rise of IoT and 5G only endorses the use of a similar one here in the UK. It mustn’t be forgotten that time is of the essence, as the Government aims to provide the majority of the UK with 5G coverage by 2027.

The current spectrum policy means 5G coverage will only be rolled out when (and if) the mobile network operators can make the financial case for deployment. The revised model would allow new players to concurrently deploy their services into the market, making use of the available spectrum without relying on buying a nationwide license. This increased speed of deployment will be a real advantage when businesses and livelihoods rely on 5G coverage.

This in turn makes good economic sense. The Future Communications Challenge Group of January 2017 estimated that the economic impact of 5G in the UK could be around £112 billion (€128 billion) in 2020, rising to £164 billion (€188 billion) in 2030. If the UK was to lead technology development in 5G, the impact would rise to £198 billion (€227 billion) in 2030; about 5.7% of the UK’s GDP. Considering the various uncertainties around Brexit and leaving the EU, a reliable revenue stream is to be welcomed.

When it comes to connectivity, the game has changed. 5G is the future, and we need a future-ready model that can meet the demands we will place upon it, now and in the years ahead. Ofcom’s early proposals offer a compelling, fit-for-purpose approach that may help alleviate existing issues for 4G. The UK now needs to ensure these proposals pave the way for the seamless connectivity our country needs to be a world leader in 5G and IoT.

The author of this blog is Adam Leach, director of emerging technology, Nominet