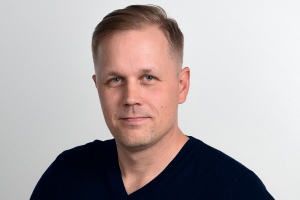 Did you ever feel that working as an IoT product developer is like going to a supermarket with a wonderful selection but no idea what to choose?Finnish IoT firm, Haltian looked at the multitude of Internet of Things (IoT) connectivity protocols and decided to make it easier for users. The company has launched a comprehensive IoT connectivity protocol comparison table, so that developers can easily see the differences between the protocols.

The IoT connectivity Protocol comparison table is hosted on Haltian’s newly launched connectivity Garage website, which will be a one-stop-shop of technology information relevant for designers, developers and makers of IoT devices, applications and solutions.

The IoT solutions are developed on a multi-layered technology stack, which is centered around wireless connectivity. For connectivity, developers must choose between a wide choice of different protocols, each of which provides a different combination of capabilities and qualities for them to match with their product design goals. The IoT connectivity protocol comparison table makes it easy for the developers to see the differences.

“Based on our experience from developing several blockbuster IoT products like the Lindström intelligent washroom, the Snowfox trackerphone or the Oura smart-ring, we realise that choosing the right connectivity protocol is a complex, yet crucial decision for the IoT product developers,” says Ville Ylläsjärvi, the CMO and co-founder of Haltian.

“The wrong decision can result in a market failure, or in an unexpectedly high product life-time costs,” Ylläsjärvi continues, “We created the IoT protocol comparison table to help developers to make better products. This is just the beginning; the IoT protocol comparison table will evolve together with the technologies. Watch this space,” he concludes.