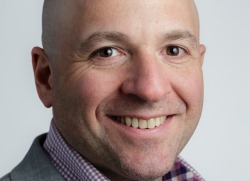 There is tremendous hype about the Internet of Things (IoT), how explosively it will grow and what a tremendous opportunity it represents for communications service providers (CSPs). But potential is a dangerous thing until it’s realised, says Ed Finegold, strategy director, Netcracker and the fact is that few service providers are yet reaping substantial revenue growth from their IoT initiatives.

This begs the question: What, if anything, is holding the IoT back?

The answer may be several things that CSPs are not doing now but could do to ignite the Internet of Things and turn its hyped and projected potential into real revenue. Here are three things CSPs could do not only to make the IoT take off, but to be sure they don’t find themselves out of the money.

1. Get device activation APIs out there

It is very odd that while over-the-air-activation of handsets is something that helped make it easy to bring billions of new users onto mobile networks, the capability has not yet moved into the API (Application Program Interface) world. CSPs have not worked aggressively to expose mobile device or SIM activation through RESTful APIs and thus to invite innovators to use the powerful mobile platforms that they effectively monopolise. On its face, it doesn’t make sense.

Consider the power, or even the necessity, of self-service and dynamic device activation in the IoT world. For a large IoT user, like an agricultural giant, airline, or port authority that is driving mass automation, relying on a CSP’s process at arm’s length isn’t efficient and it doesn’t meet expectations.

APIs for storage, compute, location and even machine learning and virtual private cloud are commonplace; over-the-air mobile device activation should be too. If Dropbox, which is effectively a user interface on Amazon’s S3 API, has achieved a US$9 billion market cap, how valuable can a mobile device activation API be worth to CSPs? This approach to opening up basic mobile network functionality remains one of the key missing links that holds back the IoT.

In consumer-facing markets, digital identity is a hot potato today because of the sensitivity around data privacy. Social networks have taken a lead as digital identity brokers, but consumers have many questions about how responsible they will be with this role.

But digital identity also plays a role for enterprises, especially in the IoT. If a large enterprise with a large scale IoT initiative wants, for example, private network slices over which to run their IoT devices and applications, then the organisation’s digital identity and sub-identities become important to bringing those devices and applications online and determining who has privileges to manage and access them.

Being the digital identity broker for large scale IoT users thus becomes an obligatory role for CSPs, but in turn it opens the door to a massive opportunity for brokering identity for all of the layers of services, data and transactions that ride enterprises’ private IoT networks. That’s a power position CSPs cannot afford to cede to competitors, as they seem to have done thus far in large enterprise cloud markets.

The most overused truism in the world may be “follow the money,” but it applies in the IoT. The reason speculative IoT plays are drawing billions in private capital investment is that innovators are working hard to bring IoT businesses to market that aim to sell new services to consumers and enterprises.

Simple consumer examples are video doorbells with motion detection that store weeks of surveillance video in the cloud and which can be access by a simple mobile app; it’s a device-plus-monthly-subscription model that CSPs invented. But with, for example, large shippers proposing the launch of their own drone airlines for package delivery, it’s clear that the new revenue opportunities are bigger and more complex.

It’s been stated too many times, but service providers have an uncommon skillset when it comes to billing for complex services across thousands of tax jurisdictions. This is yet another service that can and should underpin the IoT; something that, if made available to IoT innovators; helps spur IoT business growth and puts CSPs squarely in the money.

The IoT opportunity is waiting to pop. It’s arguable that it’s being held back because some of this critical glue is missing today. But the glue won’t be missing for long; market disruptors are working to seize the pending opportunity. It’s time for CSPs to act in order to drive the IoT from hype to reality rather than chasing after another missed, new digital-era market.

The author of this blog is Ed Finegold, director in the Strategy team of Netcracker Technology.

He works closely with Marketing and Corporate Communications to direct and shape content and market engagement. Ed has more than 20 years of mobile, cable and digital transformation experience. He has authored two books on OSS/BSS strategy and architecture and brought new digital customer experience solutions to market.