Home › Blogs › The top five issues and challenges for 5G 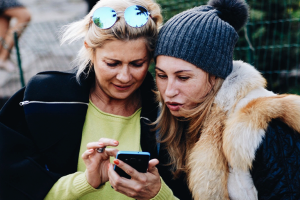 It’s expected that 5G will have a big impact on nearly every aspect of our lives, harbouring in sci-fi-like technology, such as autonomous vehicles, smart homes, and incredibly fast download speeds. High expectations for 5G cause problems and challenges that it must meet. Ted Kritsonis, freelance journalist, Futurithmic reports.

The speed and bandwidth of 5G could effectively replace home internet connections currently using Wi-Fi. The Consumer Technology Association (CTA) has reported that 5G will reach speeds of 10 Gbps, making it 100 times faster than 4G. This means that while it would normally take six minutes to download a two-hour movie on 4G, that same download would take less than four seconds on 5G.

Of course, making that kind of powerful technology a reality comes with some challenges along the way. Here are five that will likely play a prominent role in the dawn of 5G:

Unlike 4G LTE that already operates on established frequency bands below 6GHz, 5G requires frequencies up to 300GHz. Some bands, better known as mmWaves, can carry far more capacity and deliver a 20-fold increase over LTE’s fastest theoretical throughput.

Wireless carriers still need to bid for the higher spectrum bands, as they build and roll out their respective 5G networks. In the U.S., bidding in the 28GHz spectrum alone reached $690 million (€615 million) by December 2018.

Though 5G offers a significant increase in speed and bandwidth, its more limited range will require further infrastructure. Higher frequencies enable highly directional radio waves, meaning they can be targeted or aimed — a practice called beamforming. The challenge is that 5G antennas, although able to handle more users and data, can only beam out over shorter distances.

This means that antennas and base stations will likely be smaller in the 5G era, but more of them would have to be installed on buildings or homes to compensate for their shorter range. Cities will need to install extra repeaters to spread out the waves and extend range, while also maintaining consistent speeds in more densely populated areas. For this reason, it is likely that carriers will continue to use lower-frequency bands to cover wider areas until the 5G network matures.

3. Costs to build and buy

Building a network is expensive – carriers will raise the money to do it by increasing customer revenue. Much like LTE plans incurred a higher initial cost, 5G will probably follow a similar path. And it’s not just building a layer on top of an existing network, it’s laying the groundwork for something new altogether.

There’s plenty of buzz already generating around 5G-enabled smartphones and other devices. However, their availability will hinge on how expensive they are for manufacturers to make, as well as how quickly the network rolls out. Some carriers in the U.S., South Korea and Japan have already launched 5G pilots in select cities, and manufacturers have confirmed compatible mobile devices are coming in 2019.

Similarly, autonomous vehicle technology is already in the market in limited forms but fully autonomous vehicles are still years away. They are waiting on 5G deployment, as they would be driving blind without the super-fast network to communicate with.

The concept behind the Internet of Things (IoT) is too predicated on a fast network that can tie devices and services together. That is one of the promises analysts have forecast for 5G’s potential, but people will first want to see how much the additional speed will enrich their lives.

Like any data-driven technology, 5G rollout will have to contend with both standard and sophisticated cybersecurity threats. Though 5G falls under the Authentication and Key Agreement (AKA), a system designed to establish trust between networks, it would currently be possible to track people nearby using their phones or even eavesdrop on live phone calls.

Much like it is now, the onus will be on the carriers and network consortiums to provide a digital safety net for customers.

With data speeds expected to be magnitudes faster than current levels, so too will connectivity increase. It will force cloud-based and data virtualisation services to be as airtight as possible to protect user data and privacy. In the same vein, their users will have to be more careful and vigilant, as stewards of their data.

The rollout of a technology as life-changing as 5G won’t be an easy one, and challenges are already starting to come to light as we step in to this new era of connectivity. Even so, the benefits far outweigh the issues, as the rollout of 5G also signals the dawn of autonomous vehicles, next-level smart cities and homes, and more. By building out infrastructure, updating policy, and rethinking the role we play in privacy, we all can do our part to prepare for the 5G era.

The author of the blog is Ted Kritsonis, freelance journalist, Futurithmic reports

The author, Ted Kritsonis is a veteran freelance journalist who has covered the tech industry for more than 15 years, contributing to a number of media outlets in Canada and the United States. He has seen the world change in interesting ways during that time, having covered emerging technologies, including those growing today. He is based in Toronto.