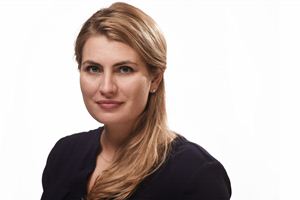 Companies of all shapes and sizes are deploying IoT solutions, according to the latest GSMA Intelligence IoT survey now they need to focus on deploying at scale and maximising the opportunity.

Most SMEs have already deployed IoT… or so they say

The enterprise appetite for IoT is immense. And while it may be the larger ones getting the attention, most of those deploying at present count as SMEs, with some being very small companies indeed. GSMA Intelligence recently surveyed enterprises with upwards of 20 employees; this revealed that almost two thirds of enterprises had deployed an IoT solution by the end of last year, says Sylwia Kechiche, principal analyst, IoT, GSMA Intelligence.

If this adoption rate seems high, it possibly reflects the fact that many small enterprises are using IoT for “everyday” solutions rather than deployments in advanced areas such as AI and robotics, which are usually the focus of surveys. And although our characterisation of “IoT” in the survey is precisely defined, there no doubt remains confusion around the term in the wider market.

Nonetheless, there are some important takeaways and longer-term implications arising from the survey that show where the IoT enterprise market is heading.

Small is big in the world of enterprise IoT. The majority of IoT deployments are currently small – 77% of existing deployments count fewer than 500 IoT devices (see Chart 1). Even though IoT is moving beyond trials and proof-of-concept, the current scale of deployments suggests we are still very much in a trial phase.

One of the reasons for the smaller scale is simply that smaller enterprises tend to deploy fewer devices. To put this into perspective, 84% of small enterprise deployments consist of fewer than 100 IoT devices (for large enterprises this is 19%) with the majority (56%) deployed to fewer than 50 devices. 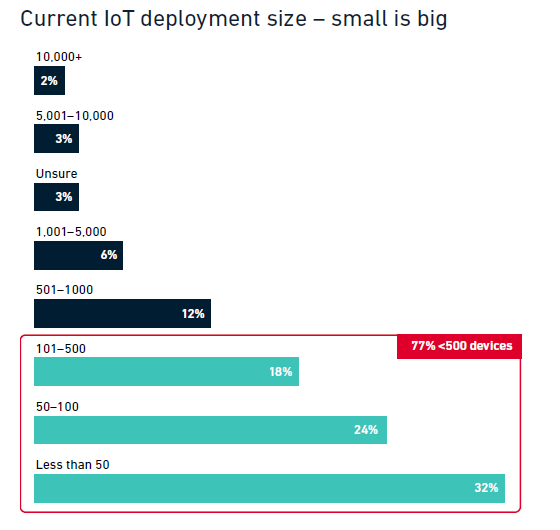 Deployments will scale up as the market matures and new capabilities emerge. For example, a small retail organisation currently might be connecting their point-of-sale machines, adding security cameras, fleet management for their vans, smoke detectors and so on – even smart door locks.

In the future, these devices could be supplemented by automated check-outs, beacons, inventory management, and even robots. But connecting devices is just one part of the story. IoT is really about data, and as more data is generated, collected and analysed, the application of Artificial Intelligence and Machine Learning will, in turn, lead to new use cases and further benefits.

Microsoft research shows that UK companies that are embracing AI are already outperforming those that are not by 5% on factors such as productivity, performance and business outcomes.

Small organisations also differ to larger ones in terms of the type of IoT solutions they are deploying, which tend to be centred on quality control and asset management. By contrast, larger enterprises are more likely to have invested in solutions to address supply chain management, fleet management and industrial automation. No matter the rationale behind IoT adoption, its benefits are clear to all. Less than one in four (22%) of enterprises pointed to unclear return-on-investment as an issue.

And this is broadly consistent regardless of company size. One reason could be targeted use cases. For example, Ericsson’s Panda Nanjing factory (its largest industrial factory involved in the manufacture of its radio products) deployed IoT to automate production, resulting in savings from increased efficiency, a reduction in maintenance costs and increased flexibility in product line design. The first year provided a 50% return on investment, while breakeven is projected in less than two years.

Increased productivity is one of the key drivers of IoT adoption and success is measured through cost savings and process efficiencies. As the Chart 2 shows even the lowest level of IoT deployment can yield cost savings of at least 4%. As IoT device adoption increases so do the cost savings, albeit the incremental savings slow down as the company deploys beyond 5,000 devices.

Beyond that IoT creates additional opportunities for companies: tailored products and or services, better insights, and improved business processes to name a few. 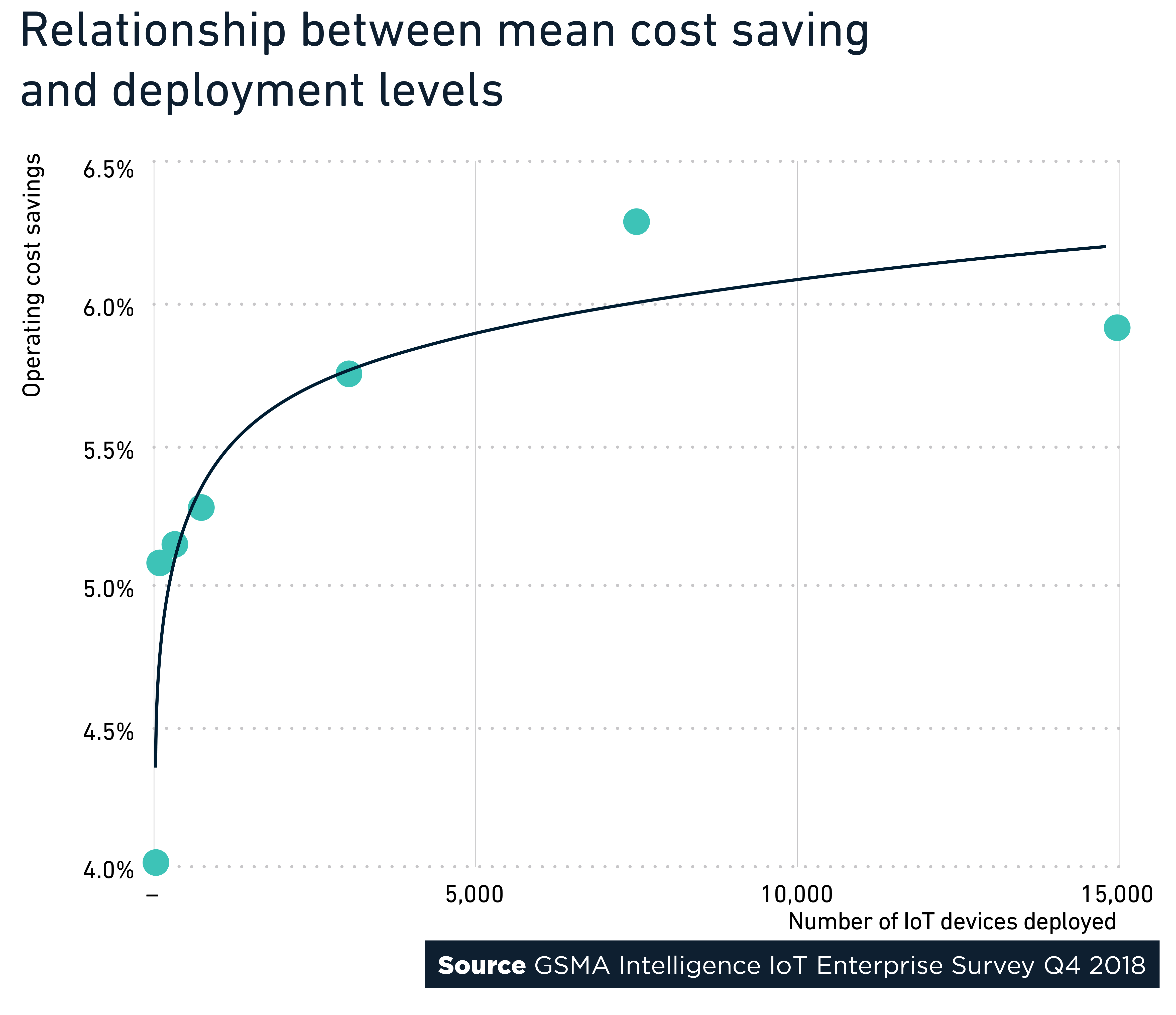 IoT challenges remain around integration, security and cost, no matter the company size. A lack of internal skills can often exacerbate these challenges, while the enterprise also suffers from a custom-build price premium. So what can be done to avoid this?

Being able to address the small enterprise segment is one of the key challenges for any vendor, including mobile operators. It requires a different skillset, building blocks and relationships. Unfortunately, there isn’t a one-size-fits-all recipe for success. It requires skilfully crafted partnerships across a fast-emerging and developing ecosystem to deliver on small enterprise needs.

The author of this blog is Sylwia Kechiche, principal analyst, IoT, GSMA Intelligence