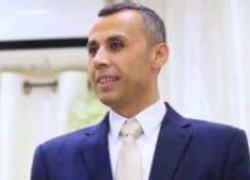 For years, companies have been collecting data about all the factors that make up their business. By employing tech stacks to systematically gather and analyse data, many organisations have been able to optimise their businesses.

But, says Fakri Sadeh, vice president of network technology, strategy and development for Sigfox USA, for those in the trade industries, such as fishing or farming, data collection has continued to be managed in the same way it has always been manually.

Manual collection is expensive, labour-intensive and leaves the possibility for human error. The good news is that with the introduction of Low Power Wide Area Network (LPWAN) for Industrial Internet of Things (IoT), it is now possible for companies in the trade industries to gain access to the kind of data-gathering power and analytics that the business world has been leveraging for years.

A new dawn for IoT in trade industries

With IoT devices connected to LPWAN, organisations can finally secure wide-reaching coverage at a low cost. Unlike traditional cellular networks, LPWAN can extend and permeate through far-reaching fields or bodies of water, stretching upwards of 20 miles offshore. This makes it suitable for many trade industries that historically haven’t been able to take advantage of advanced technologies because of lack of coverage in the remote locations where they often operate.

Other industries have used sensors to collect data, but until the introduction of a network that was as far reaching as LPWAN, access to IoT was prohibitive to wide-scale deployments for trade industries. LPWAN-enabled sensors efficiently collect and automatically transmit data through a network to a cloud service, even while out on the open ocean.

For example, Gloucester Innovation, a technology-based solutions organisation, was looking for an efficient way to gather data from the ocean floor, to monitor the ocean’s health and the habitat of Massachusetts’ shellfish. By attaching LPWAN-enabled sensors to lobster traps, they have been able to gather data on oceanic conditions including: pH levels, depth, temperatures and contaminants. At the end of each day, when lobstermen bring the traps up to the surface, the sensors transmit the small – albeit critical to the health of the ocean – packets of data they collected to a cloud service.

“By leveraging Sigfox USA’s LPWAN technology, we’ve been able to demonstrate the technical viability and feasibility of ocean data harvesting in near real time,” said Ric Upton, founder of Gloucester Innovation. “Sigfox USA’s IoT connectivity is cost efficient for use cases such as this and makes it easy to connect to a massive number of sensors that allow us to effectively collect ocean floor data off the coast of Massachusetts with no disruption to the lobstering process. With this visibility, those in the local Blue Economy can access insights from unprecedented amounts of data, allowing them to improve operations and monitor changing ocean conditions.”

In addition to addressing coverage issues, LPWAN eliminates another barrier to Industrial IoT adoption cost. Other devices that collect data on a large scale is usually cost prohibitive for most trades. In the case of collecting data from the ocean floor, Gloucester Innovation evaluated using sensors that transmit data via satellite communications but found that these can cost hundreds of thousands of dollars. LPWAN sensors are efficient because they only transmit data when there is something to say, instead of transmitting information constantly, to reduce maintenance and replacement costs.

Data collection is now available at a scale and speed that wasn’t possible for people in the trade industries until the introduction of LPWAN. But now that these industries have access to an increasing amount of critical data, they need a way to easily process it. Traditionally, a data scientist would perform the analysis, but with such large amounts of data, doing so manually is expensive and time-consuming.

Unlike traditional data analysis, which is a time-consuming, labor-intensive process, data mining is the ideal way to gather insights from this new, increased volume of data. Mining is the systematic process of discovering patterns with data. Organisations across nearly any industry, including trades, can bring in data mining tools that can cluster and classify the data gathered by IoT devices to find patterns and associations. With data mining, accuracy increases as the amount of data increases.

The author of this blog is Fakri Sadeh, VP of network technology, strategy and development for Sigfox USA.