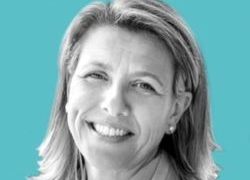 New research from executive mentors Rutbusters reveals the scale of the problem across Britain’s businesses from managers and professionals who say they are stuck in demanding roles they hate.

Its research* (conducted by accredited research agency CensusWide) found more than 14% of Britain’s executives and managers (aged 40+) report that they very often feel that “I have been stuck in a rut for quite a period of time” at work, and there is a consistent 10%+ who persistently feel “very demotivated” (12%), “low energy” (11%), “unfulfilled” (13%); and/or “trapped here” (13%).

Kedge Martin, the CEO of Rutbusters, says: “Currently there is rightly a move to be much more open about mental health and wellbeing issues. But too often organisations focus only on mopping up problems only once they get serious.

“Instead, employers should be more positive and open, and have a regular independent, broader (i.e. not only career) focused reviews so that senior professionals can talk openly about how they might get back the fulfilment that is missing from their working lives, re-energise their management and influence on their team or else make a pragmatic decision to move on.

Martin adds: “Our research found that the sector with the most senior people stuck in ruts, and the lowest levels of motivation overall, was the IT and telecoms sector. The second worst was the financial services sector. Both of these are very process and compliance-driven sectors, which may well explain why they have so many fed up executives. It is pretty worrying that two such strategically important industries for the UK have such a crisis of motivation throughout their management.

“The most motivated managers were in creative sectors and small businesses, as well as in professions such as law and accountancy. These are areas where there is generally a strong ethos of customer service. The more people are able to see their work benefitting others the more likely they are to get purpose and fulfilment from it.”

“We are keen to start a national debate about dealing with the widespread but hidden problem of the misery and feelings of being stuck endured by many around 1-million successful executives and managers day-in and day-out. Unhappiness at work not only leads to a loss in productivity but can often seep into a negative impact on family and the development of mental health problems, something we all-too-frequently encounter in our daily work with executives.”

“Having 10% of your management team hating their job is a pretty big drag on any business, and yet our research found this is the norm across British organisations. There is a huge need to help them reboot and re-engage with their work. Moving to another job may seem like a straightforward alternative, but for such people who have lost self-confidence this route is filled with fear. For many it will mean a loss of status and income for their family, while the biggest reason {29%} is that they fear age discrimination will prevent them getting a job elsewhere.”

“What should employers do? The normal approach when things get bad, which is potentially the worst for all concerned, is for an employee to take stress-related leave; for the member of staff to be side-lined or face performance management action; or simply wait for them to retire.” 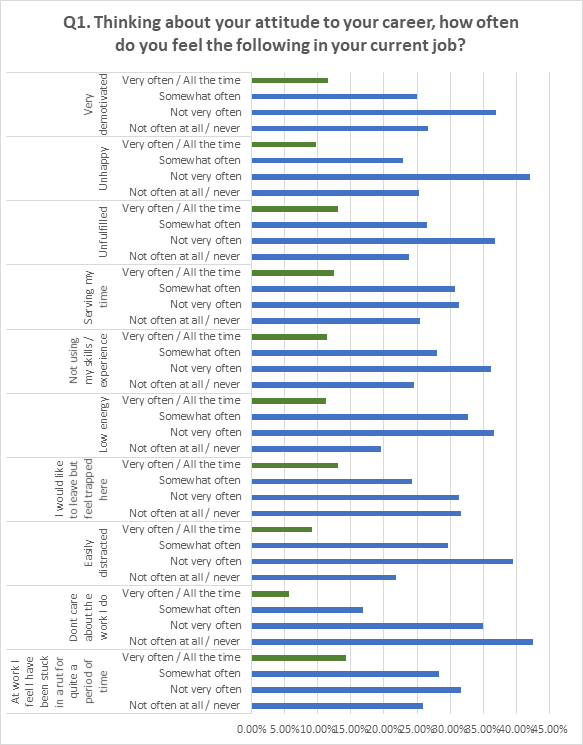 * The research was conducted on behalf of Rutbusters by accredited research agency Censuswide in May 2019 into 1,001 full-time employees with management responsibilities aged 40+. It included 100-person samples from Finance, Accountancy, IT & Telecoms, and Legal, and a 91-person sample from the Creative & Media sector.