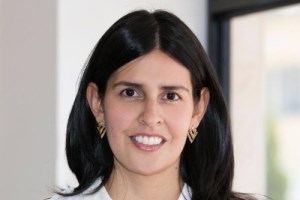 Demonstrations over the first two days of the Dynamic Spectrum Alliance’s (DSA’s) Global Summit have highlighted how alternative technologies are key to connecting the four billion people who still do not have access to the internet. The Global Summit will explore an extensive agenda covering the issues facing spectrum sharing now.

With 5G, IoT and an increasing need for more capacity and wider coverage forcing change, the work towards dynamic spectrum sharing techniques is becoming more widespread. As a result, these techniques are swiftly reaching the stage where they can be built on a large scale.

“The implementation of these technologies is key to closing the digital divide that still exists around the world, with billions of people still not being able to take advantage of the economic and social benefits that wider broadband access brings,” said Martha Suárez, president of the DSA. “The Summit has brought together governments, regulators and industry leaders to discuss and debate the ever-expanding list of alternative technologies and bands which can really make a difference to individuals around the world.”

On the first two days of the Global Summit, Television White Space (TVWS) and regulator workshops explored alternative bands and technologies, such as Citizens Broadcast Radio Service (CBRS) and Wi-Fi 6. These are two examples of technologies that aim to make a more efficient use of the Spectrum and allow many new broadband use cases that will impact the way we communicate in different sectors such as health, agriculture and education.

Several DSA members, including Nominet, Google, Facebook, Microsoft and Federated Wireless, gave presentations and demonstrations of the technologies that are currently providing dynamic spectrum access to network providers worldwide. Nominet demonstrated its successful TVWS database that can be used for dynamic spectrum sharing and management. Existing base stations periodically connect to the Nominet database, that will provide the base station with available channels and allow connections from client stations.

“Dynamic spectrum management is absolutely vital to make full use of unused spectrum, by increasing bandwidth and reducing costs. By employing technologies like TVWS, we will see benefits such as connecting rural communities, supporting wireless networks in high-density locations and connecting IoT devices,” said Suárez. “This year’s Global Summit has already welcomed 18 regulators and representatives from 14 countries, who have come together for our TVWS and regulator workshops. This reflects the common recognition that dynamic spectrum access is crucial to enable next generation wireless technologies.”

The final day of the Global Summit will go on to further explore the many other technologies that can provide spectrum management, dynamic access and flexible systems, aiming to offer broadband to everyone and enable the new generation of wireless communications.