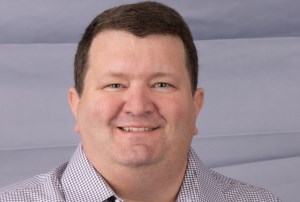 Jason Soroko, CTO-IoT for Sectigo tells Jeremy Cowan he expects predictive maintenance to have a lasting impact on all our lives.

Jason Soroko: In general, any job that involved applied math interested me. I have been lucky enough to have been in or around that subject for most of my working life.

Jason Soroko: I would tell my younger self to not sweat the small stuff.

Jason Soroko: You might not believe me, but I have not had a bad boss. Again, I am very lucky.

Jason Soroko: Any time I encounter connected sensors for the purpose of predictive maintenance, the implications for cost savings and new business models is incredibly compelling. It could change the way we do many things.

Jason Soroko: A couple of times a year I am able to bring family with me and these experiences are always memorable for me in the best way possible.

Jason Soroko: People are generous and compassionate in every location I have been. Working globally has allowed me to see that we are really a human community.