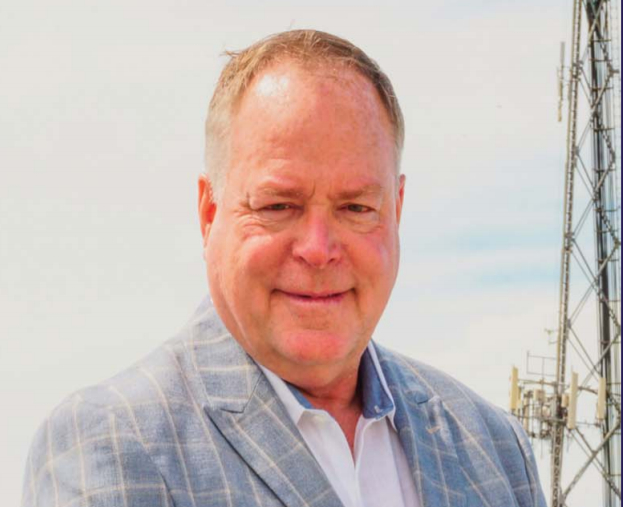 Lawrence Latham is the chief executive of Everynet, the provider of wholesale LoRaWAN networks for IoT. The company is building out national networks across the globe with the aim of providing robust nationwide capacity to wholesale customers at a cost that stimulates trial of new IoT use cases. Here, he tells IoT Now managing editor George Malim, how the company differs from a traditional network provider and what his plans are for developing the business further.

George Malim: Why have you decided to build out national wholesale networks?

Lawrence Latham: We realised that what IoT really needs is a means for organisations to have access to network capacity so they can trial new use cases at minimal cost. If you can bring down the cost of a trial to a few dollars per year, suddenly the barrier to trialling is removed and innovators and use case owners are empowered. Some will succeed and some will fail but the cost of failure doesn’t have to be prohibitive.

GM: Why have you chosen LoRaWAN for these networks?

LL: If you’re an operator today the choice is confusing. If you’re looking at LTE-M you need to understand how much it will cost – the upgrade isn’t free. You could also consider narrowband IoT (NB-IoT) or unlicensed alternatives but the challenge of understanding the options and making a choice remains. And, you’re trying to do this at the same time as your focus in on your 5G consumer business and investing in 5G.

So much of the focus is on what happens in the US or western Europe but these markets are not representative of the other places in the world. To have LTE-M or NB-IoT, which are complementary to LoRaWAN, you have to have 4G networks in place and you need these to have ubiquitous coverage and then you need to pay for the base station upgrade.

Looking at all these different solutions may be a career-defining decision so what’s an operator to do? In the past, the operator would have taken the gamble with LoRaWAN and made the capex to build the network and own it 100%. Now though, the capex is a significant burden and owning the network doesn’t help create the ecosystem. If you do it all yourself you get all of the risk, all of the opex and all of the capex but you don’t bring partners in to share the risk and the reward and these partners, critically, are able to help in building the ecosystem.

I think low power wide area networks (LPWANs) have been mis-named, the most important thing isn’t the low power, it’s the low cost. Perhaps we should be talking about LCWAN instead because cost to me is just as, if not more, important than power consumption to achieve scale.

People talk about the network technologies without really engaging from a business economics point of view. Price elasticity really does matter and can make or break an IoT use case. Pennies matter. LoRaWAN means we can bring the appropriate amount of capacity to a market at a very low cost and this creates opportunities.

GM: You’re adamant that Everynet doesn’t want to become an enterprise supplier or sell directly to use case owners. Why have you taken this approach?

LL: We don’t sell gear and we don’t sell licences to wholesale customers either. All we do is sell them the airtime on a pay-as-you-grow model. We build and manage the coverage and are able to give our wholesale customers their own private secure network server so they control access to the network. This keeps it simple for us – we want to have no more than ten clients in any country.

We think there’s an important role for us to play. If one mobile network operator builds this capacity, it’s proprietary and enterprises hate being stuck with one operator. By selling capacity to multiple wholesalers we enable enterprises to have a choice of providers while keeping the financial cost of the network low. A country only needs one set of LoRaWAN infrastructure, there is no business rationale for building competing networks because the capacity is sufficient and the cost of replicating the same base infrastructure is prohibitive. Unlicensed spectrum is shared spectrum, so building duplicate networks offers no advantages and only adds costs.

We certainly will only enter markets where there is no LoRaWAN network because there’s no logical argument for building two networks, it just adds cost.

GM: How do you select which markets to enter?

LL: The first question is whether there is a public network planned or already in place. If the answer to that is yes, we move on to the next country for the reasons I gave earlier. Next we look at what the payback will be. We typically require a wholesale partner and an anchor use case or two to move things forward. However, a great advantage we have is that we can see what’s working in our other countries and we’ll share information on what’s happening in our ecosystem if you share what’s working in yours.

In general, though, we want to go to places where there aren’t national networks and low GDP per capita countries are where this type of network can be extremely successful. Even if cellular solutions existed, the market couldn’t afford them so, because we’ve figured out how to cost effectively build and deploy networks, we can really stimulate IoT. Our networks in Latin America, for example, work better than the cellular network in terms of coverage and performance for IoT applications. Our goal by 2023 is to cover 25 countries.

GM: To what extent does Everynet have a role in terms of stimulating usage of IoT?

LL: A lot of countries have struggled with the costs of IoT networks and they need their own business cases to be built. We have field service engineers and enablement teams that help each of our partners to integrate the solution with customers’ own systems as quickly as possible. We have application engineers and hardware people that can help with devices, to get up and running and to ensure connectivity is available.

Our ecosystem means the cross-pollination of ideas from country to country is possible but the most important thing is that we realised early that IoT is not going to be able to scale up radically until connectivity becomes a virtual commodity. Our model of deploying at minimal cost makes this a reality and, while being interoperable and open flies in the face of the traditional proprietary model, I believe it’s what IoT needs and as billions of devices connect using LoRaWAN, the low cost IoT market will be the one where most of the action is.