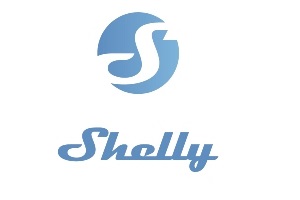 Allterco Robotics used IFA 2020 to announce the new Shelly Motion sensor. The device is developed in partnership with Silicon Labs and claims a 1-year battery life with 24/7 internet connectivity.

Allterco also presented its newest Shelly Plus Product Line and showcased the first smart device to be part of it – the 4-channel Wi-Fi relay Shelly 4PRO Plus. Both products will be launched this November and illustrate the company’s ambition to be a game changer in the home automation industry and make consumers’ life easier.

Visitors at IFA 2020 had the chance to explore the company’s portfolio of smart products until September 5th and to take a closer look at the new devices – Shelly Motion and Shelly 4PRO Plus, at the Allterco Robotics’ stand. Furthermore, due to the challenging global situation this year, IFA introduced a virtual extension – the “IFA Xtended Space”, where all interested parties, who were unable to attend, can enjoy live and on-demand streaming of presentations and digital product demonstrations. Smart product fans can watch the Shelly IFA global press conference and meet the new products at:

“We are extremely happy and proud to present our two newest game changing innovations at IFA 2020. Our main goal has always been to make consumers’ lives easier and we believe that Shelly Motion and the Shelly Plus Line bring us one step closer to achieving this and make a truly revolutionary impact on the home automation market. The positive feedback that we get from consumers around the globe show us that we are in the right direction and motivates us to continue making innovations,” comments Dimitar Dimitrov, CEO of Allterco Robotics.

Shelly Motion is said by Allterco to be the first Wi-Fi sensor that can stay always connected to the internet due to its 1-year battery life. It is one of two new innovations from Allterco Robotics for the home automation market. The device was developed in partnership with Silicon Labs and is equipped with their powerful and power-effective processor, Cortex M3. This, combined with the lowest consuming Wi-Fi modem in mass production globally, allows Shelly Motion Sensor to consume less than 100 uA (microamperes), even though it is 24/7 connected to the Wi-Fi network.

One of the signature features of Shelly Motion Sensor is its “ultra-fast” response time. The device can send information to a user’s smartphone or trigger a command in just 200 milliseconds. It recognises the sunrise and sunset timings, the exact time, the intensity of the light, and even – the vibrations of a user’s home, so that it can alert its owner in case of an earthquake.

Shelly Motion has more than 200 sensitivity levels, three additional functions for motion settings and built-in artificial intelligence (AI) that can establish the optimal settings for each home. Moreover, it can be controlled directly, without a hub, and can work completely separate from the public internet, providing users with a higher level of security.

The newly introduced Shelly Plus product line will make a revolution on the market as it enables the creation of a decentralised home automation system. As part of this new generation network each device will play the role itself of a server, a hub, an actuator and a sensor, eliminating the need of a local server or a centralised cloud system.

The Wi-Fi relay switch Shelly 4PRO Plus is the first device, part of the line, and it will be officially launched this November. It is made to be installed into a fuse box, from where it can control the power cycle as well as every electrical appliance in consumers’ homes. The device is equipped with a dual-core 32-bit CPU with 8MB flash, supports Wi-Fi and Bluetooth on board and offers optional LAN connectivity.

Similarly, to all other Shelly Plus devices, Shelly 4PRO Plus has a Feature store and a Local scripting, so if users want to add a new functionality, mode or scene, all one has to do is download and install it from the Shelly Feature store, which comes for free. This will allow consumers to control the heating, close or open windows, turn the ventilation and even more with just one click. Shelly 4PRO Plus can even be programmed to take into account the weather forecast and the power consumption at a certain moment, as well as to check users’ electricity tariff and change its schedule to optimise the bills.

The new Shelly products can be found on the shelly.cloud website and will be also available throughout the company’s distribution network, and on Amazon.

Allterco Robotics plans to officially introduce the new Shelly Plus Line in 2021. The company’s ambition for the upcoming year is to make all of its top devices, among which are Shelly1, Shelly 1PM, Shelly Dimmer, part of the Plus Line one by one and to upgrade their functions.