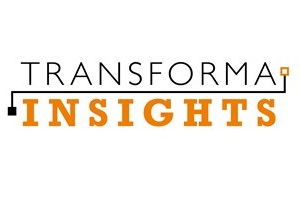 At the end of 2030 Transforma Insights expects that there will be more than 150 million cellular devices connected to on-premise private networks, up from 3 million at the end of 2019. As a proportion of all cellular devices this represents a growth from 0.3% to 3% of all connections. Today the majority of these devices are LTE, but over the forecast period the balance shifts towards 5G, particularly in the form of mMTC Low Power Wide Area devices.

This changing trend is best illustrated by looking at device sales. At the end of 2019 just 0.4% of the 406 million global cellular IoT device sales were destined to be connected to private cellular networks. That compares to almost 5% at the end of 2030. The figures for 5G (non-mMTC) are even more pronounced, with over 6% of shipments in 2030 accounted for by private networks.

The Forecast Database contains highly granular information for every country in the world, 20 vertical sectors and 67 different applications, allowing for highly targeted analysis. The biggest vertical in terms of number of unit shipments in 2030 will be Agriculture, which particularly makes use of private mMTC networks, followed by Manufacturing and Transportation. The biggest use cases will be Agricultural Monitoring, CCTV, Asset Tracking and Inventory Management. The top region for MPN is North America, followed by China and Europe, with Australasia making a strong showing in fourth place.

The forecasts presented here are taken from Transforma Insights’ Total Addressable Market (TAM) Forecast Database. The TAM Forecasts provide our quantitative view of the market opportunity associated with Digital Transformation and all of the associated technologies.

The IoT Connected Things forecasts presented are based on an extensive and highly granular research methodology, which involves analysing over 300 combinations of application and vertical across each of 196 countries.