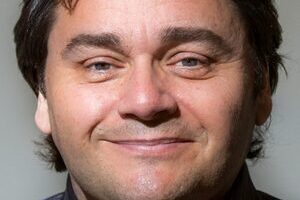 Terbine and Flash Labs Corporation U.S. affiliate of Hyundai BS&C announced a strategic partnership to bring blockchain based security to sensor data that moves within and between smart cities.

The two companies’ offerings will provide a new level of trust and control for cities and clients connecting infrastructure data. Municipal and commercial clients will have unprecedented, unaltered and traceable data that ties back to its original source.

Terbine is enabling the Internet of Infrastructure through a dynamic data exchange comprised of data generated by sensors, machines and whole systems. The Terbine platform acts in the same way as air traffic controllers, managing the movement of data just like the movement of airplanes.

Flash Labs is comprised of experts in Internet of Things (IoT) and blockchain technology, creating and enhancing solutions focused on the security, sanctity and usability of data. In conjunction with its Hyundai BS&C affiliates, Flash Labs offers “best of block” blockchain development and consulting services to integrate IoT hardware and software products into public or private blockchains. Trust and immutability have become key requirements in leveraging the true potential of data and successful A.I. applications.

“Machine-generated data that cities produce is often utilised in mission critical applications that affect the safety, security and quality of life for their citizens,” says Michael Woods, CEO & COO of Flash Labs. “By combining our expertise and technologies with Terbine’s, we can ensure a city’s infrastructure data is handled efficiently, in a secure, trustworthy manner.”

Data prevalent in today’s society can become far more valuable when the recipient trusts the source. The partnership between Terbine and Flash Labs builds upon an efficient data exchange to offer greater sanctity of data. With these companies working in tandem, what’s produced and consumed by machines will be given context and made discoverable by processes, systems and people that will help build a smarter society.

“We have overcome the major issues that have thus far limited the widespread usage, and even monetisation, of infrastructure data,” says David Knight, Terbine CEO. “By leveraging emerging technologies, including A.I., 5G, blockchain and edge computing, we’re going to make data accessible by current and next-generation applications, and it will be as straightforward and ubiquitous as mobile apps.”