Data, connectivity and IoT – mastering disruption in a Covid world - IoT Now - How to run an IoT enabled business 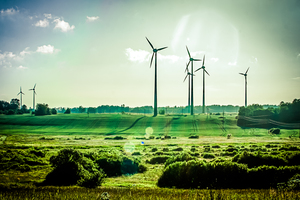 Adversity breeds innovation and the current economic downturn, fuelled by the pandemic, will likely be no different. As the battle against Covid-19 continues, enterprises will be under increased pressure to dramatically reduce costs and become more competitive.

This is likely to cause an explosion in disruptive business models as organisations look to innovate and change their business processes now more than at any time in the last decade. Supply and value chains across every industry and every process are being totally rewritten. One of the big trends we will see is the disintermediation of traditional value chains to focus on the true end consumer, and to turn products into pay-as-you-use services, says Nick Earle, CEO at Eseye

There is significant urgency for businesses to define their role in this changed world and identify how they are going to deliver value. And this is where IoT comes in. Data will be the key in this revolution. Ubiquitous IoT connectivity is required to help gather as much data as possible from the customers’ use of a product or service, to enable a differentiated consumer experience and create a positive commercial outcome based on a new, slimline, disruptive business process.

However, despite being talked about for several years, IoT is still relatively immature in the adoption cycle, but we’re about to see that change and rapidly accelerate.

A historical parallel to this is the emergence of the internet in the mid-1990s. When the internet first came along, we talked about the Internet Protocol (IP) standard. We talked about HTML and then the browser wars but, after only around four or five years of the focus being on the technology, we started to hear talk about business value. Suddenly companies like Amazon said, ‘I’m going to disrupt’ and they collapsed the value chain. Amazon disrupted bookstores, and then later, Netflix started to disrupt the video rental market, in which Blockbuster was the big-name casualty.

It became a snowball effect because if you’re in that industry and someone starts disrupting it, you’ve either got to respond with your own disruptive offering, or be disrupted. And that is what we’re going to see.

There are great examples of this disruption already in motion. Costa Express, for example, has reinvented the coffee vending experience by targeting the consumer, who doesn’t have to walk into a coffee shop to get a quality cup of coffee.

Their machines deliver a personalised coffee experience and are installed in other companies’ premises – like convenience stores. The store owners make money from having the machines in their location and the machines themselves are highly profitable for Costa Express.

For IoT to truly reach its potential, ubiquitous, continuous cellular coverage is required. By that I mean strong, blanket connectivity around the world, which enables IoT devices to connect seamlessly wherever they are.

And herein lies the problem. Most people think ubiquitous coverage is a given because their mindset is in the consumer mobile phone model, and the industry coverage statistics talk about coverage by percent of the population. But IoT devices are often outside the major population centres and so you need to look at coverage by territory.

When you do this, businesses are often surprised to see the data that shows average 4G coverage is more like 60% per operator. Yes, you can roam but often you’ll struggle to get above 80%. IoT needs 100% coverage, not 80%, to be truly successful.

So, you still have to use a combination of regional operators to achieve 100% coverage and that means the enterprise still has the task of stitching fragmented solutions together. They want to focus on their business, however, not on integrating the various carriers.

This is a major problem because connectivity is critical if companies are to disrupt the business process and get full value from IoT. So, what’s needed to solve this problem?

Intelligent connectivity is the ability to provide embedded universal integrated circuit card (eUICC) enabled orchestration via a single application platform interconnected to multiple mobile network operators (MNOs), offering the widest choice between localisation or roaming on a country-by-country basis. Only by doing this can you provide ubiquitous connectivity as a service to every IoT device with no MNO lock-in.

This near 100% global connectivity capability for every device is enabled via an eUICC compliant eSIM that can rotate between embedded international mobile subscriber identity (IMSI) numbers and multiple bootstraps, as well as have new IMSIs pushed into it over the air (OTA). The rules sit at the platform level and determine which mobile network operator gets used at what time, under what circumstances. The key here is that the rules are defined by the enterprise, not by each mobile operator individually.

Essentially, by having multiple MNOs connecting to the platform, each of which allows localisation of each of their networks via a single eSIM, you enable enterprises to deploy large numbers of devices globally, with a single product stock-keeping unit (SKU). This massively increases manufacturing, supply chain and deployment process efficiency and saves enterprises a huge amount of money.

With IoT, we’re rapidly moving on from the technology discussion, through the hype curve, to business process disruption, and that will cause a stampede. The moment connectivity becomes ubiquitous, all-pervasive and invisible, this unleashes the potential of previously unimaginable business models, which will mean that new, innovative companies spring up. We may not be able to imagine them right now but in a few years, we’ll know exactly who they are and what they do.

For the existing companies sitting on the fence, not sure whether to take the leap, now is the time to act. We’re at a critical and defining moment, on the cusp of a new technological revolution. Those that fail to see it, or choose to ignore it, will only realise their strategic mistake when it’s too late to respond.

The author is Nick Earle, CEO of Eseye