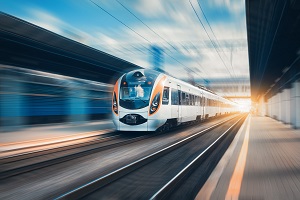 The first rule of supervisory control and data acquisition (SCADA) is that communications will fail. One challenge is rising volumes of data place increasing loads on both the main server and the communications networks connected to it.

The Internet of Things (IoT) has a vision of reporting data from low cost sensors across communications links, and into huge databases within the cloud for analysis. With more data, the aim is to glean additional information to help optimise process plants, cities or even everyday lives.

There is immense value in being able to optimise operations and to detect and respond faster to impending issues.

That’s why RTUs have been used for decades to monitor power consumption and battery back-up at telecommunications towers. In a process plant covered by a Wi-Fi or 5G network, with servers in the cloud or in a nearby, air-conditioned control room, RTUs gather information about critical assets. In the event of a grid failure, the RTU allows operators to continue to monitor assets to ensure continued, uninterrupted operation.

RTUs work on the simple premise that, if the condition of an asset is understood, it can be managed efficiently and respond quickly to change. More recently, they have been deployed at wind turbine towers to monitor production, rather than consumption, at each one.

The RTU has to have enough capacity to manage the limited number of input/output (I/O) points that are required at each power generation tower. In the manufacturing sector, industrial IoT (IIoT) provides similar benefits for a vast range of equipment such as pumps, valves, compressors and even railway lines and potable water. But there are challenges, one being cyber security.

Many industrial applications concern public safety such as the transport of people or of hazardous materials or the production of food, beverages and medicines for human consumption. Risks of any external access to control systems can precludes the open connectivity that is a core driver for the IoT.

Another challenge is rising volumes of data, with increasing loads on both the main server and the communications networks that connect to it.

RTUs collect data from sensors at the remote location and process it for an immediate, local response. There is no latency in sending data to a central server and waiting for it to respond. It also solves the problem of outages when there is no link to the main server. RTUs are autonomous and can maintain local control for extended periods without supervisory oversight.

They are also data concentrators, but sending every data sample to a main server will quickly overload a communications link. Instead, RTUs minimise congestion by concentrating the data to only what is necessary.

An RTU can sample the level of a water tank, or the voltage on a train power line, several times per second for alarm and control purposes, and only send key details to the main server.

As analysis tools, RTUs collect data from local sensors, analyse it and then respond to change. The typical algorithms in use today are process control related, just like a programmable logic controller (PLC). As the IIoT evolves, more and varied functions are being developed.

For example, the Kingfisher CP-35 runs a Linux operating system on a 1GHz processor.

This is a significant level of processing power available in the field, dedicated to analysing data from a single location. A fleet of 100 of such RTUs across a network gives 100GHz of processing power. The first rule of SCADA is that communications will fail. In addition to being autonomous controllers, RTUs must be data loggers.

While offline, an RTU will maintain a store of data that should be sent to the central server, uploading it later, once the link is restored. The latest RTUs can store hundreds of thousands, and potentially millions, of events. To put this into perspective, 100,000 events is about 140 days’ worth of hourly averages from 30 remote sensors.

In the IoT, the role of an edge computer is to pre-process data and act before the data is passed on to the main server. This allows a faster, low latency response, and minimises traffic between the central server and the edge.

This is exactly the role that an RTU can fulfil in IIoT. With right protection and safety features, these congestion minimisers can keep the first rule of SCADA that communications will fail at bay as much as possible.

The author is Craig Abbot, sales manager for the Asia region at Ovarro.