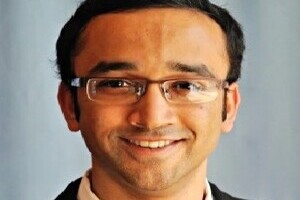 As organisations around the world accelerate digital transformation, their need for intelligent and automated delivery and release management has become even more critical. Dynatrace has announced a new integration with DevOps innovator, JFrog, to help organisations meet this demand.

The integration between the two companies delivers the Dynatrace platform’s observability, AIOps, and Cloud Automation capabilities to users of JFrog Pipelines, the company’s CI/CD solution which is part of its DevOps platform.

As Loreli Cadapan, senior director of product at JFrog, says, “By combining the breadth of JFrog’s industry-leading DevOps platform, including the CI/CD lifecycle automation of JFrog Pipelines, with Dynatrace’s extensive observability, AIOps, and DevOps automation capabilities, we provide both developers and operation teams with a single pane of glass that enables observability across the entire SDLC. This improves collaboration and allows organisations to release high-quality software faster, and with more confidence.”

Additional benefits provided by Dynatrace include:

Saif Gunja, DevOps product marketing director at Dynatrace, shared his enthusiasm. “We designed the Dynatrace platform to help the world’s largest organisations accelerate their digital transformation, and DevOps is at the heart of this effort,” he says. “Dynatrace’s unique ability to bring observability, automation, and orchestration to DevOps pipelines through a common control plane enables teams to build cloud-native apps without sacrificing quality, and at the speed and scale demanded by the world’s largest organisations. We are excited to integrate with JFrog to empower more customers with these capabilities.”

These updates will be available within the next 90 days via the Dynatrace Hub and the JFrog Wiki.