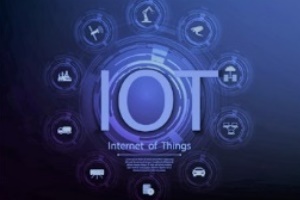 The ETSI committee on Methods for Testing and Specifications (TC MTS) has recently completed a set of seven standards addressing the testing of the IoT MQTT and CoAP protocols, and the foundational security IoT-Profile.

“These new standards fill the gaps for the quality assessment of some of the most relevant communication protocols and system requirements of industrial IoT systems using standardised testing techniques from ETSI,” says, Axel Rennoch, chair of the ETSI working group testing in TC MTS.

The ETSI TS 103 597 series provides an overall test suite structure and catalogue of test purposes for the MQ Telemetry Transport (MQTT). It is also divided into three different parts for conformance, security and performance testing.

ETSI TS 103 646 specifies testing for selected security requirements as known in the IEC 6244-4-2 standard. The chosen requirements have been collected by defining a dedicated IoT profile. The resulting IoT profile represents a generic minimum level of security for IoT devices.

All Test purpose catalogues have been produced using the Test Description Language (TDL-TO) specified in ETSI ES 203 119-4. The TDL-TO library modules corresponding to the Test purpose catalogue are contained in an archive which accompanies the standards. The TDL-TO developments have been achieved using the TDL Open Source Project (TOP), which is a free tool supported by ETSI members to write and validate TDL code.

The work of the ETSI MTS Committee testing group (TST) has been considered by active Open Source projects currently hosted by the Eclipse foundation; IoT-Testware. It includes Test purposes in TDL-TO but also TTCN-3 test code developments which are important for test campaign executions in test labs. Due to this cooperative work, organisations are now able to execute MQTT and CoAP tests programs based on standardised test purpose catalogues released by ETSI.

The MTS Testing (TST) working group develops studies, guidelines, test catalogues and test specifications for specific ICT technologies that are not already covered by other ETSI groups. Testing can include, but is not limited to, conformance, interoperability, security and performance testing.