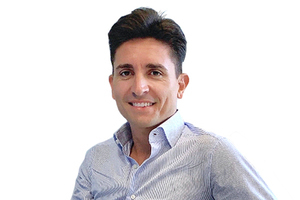 Nozomi Networks Inc., the provider of OT and IoT security, announced that the SANS 2021 OT/ICS Cybersecurity Report finds ICS cybersecurity threats remain high and are growing in severity. In response, a growing majority of organisations have significantly matured their security postures since the last SANS OT/ICS survey in 2019.

In spite of the progress, almost half (48%) don’t know whether their organisations had been compromised. The Nozomi Networks-sponsored survey echoes Nozomi Networks’ own experiences with customers worldwide.

“It’s concerning to see that nearly half of this year’s survey respondents don’t know if they’ve been attacked when visibility and detection solutions are readily available to provide that awareness,” says Nozomi Networks co-founder and CPO Andrea Carcano. “Threats may be increasing in severity, but new technologies and frameworks for defeating them are available and the survey found that more organisations are proactively using them. Still, there’s work to be done. We encourage others to adopt a post-breach mindset pre-breach and strengthen their security and operational resiliency before an attack.”

ICS cybersecurity risks are rising in number and severity

Cyber threats to OT environments continue to rise and threat severity is at an all-time high.

ICS cybersecurity postures and technologies have matured and are evolving

This year’s survey found most organisations are taking ICS threats seriously and making solid progress in maturing their security postures to address them. Over the last two years organisations have improved monitoring and threat intelligence capabilities. They are moving away from traditional indicator-based defense capabilities and moving toward threat hunting and hypothesis-based security models. They’re also focusing on data loss prevention.

ICS is getting cloudy

Adoption of cloud-native technologies and services transformed the IT industry. This year’s survey found similar impacts are also beginning to be felt in the OT environment.

To learn more about the latest trends in OT/ICS cybersecurity: Download A SANS 2021 Survey: OT/ICS Cybersecurity