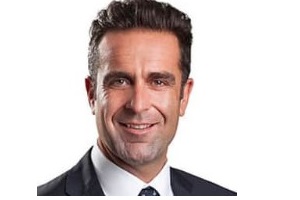 Beyond the economic benefits for manufacturers, retailers, etc., Internet of Things (IoT) devices are providing socio-economic advantages that benefit the world as a whole, says Alex Bufalino, vice president of marketing at Quectel.

Economic benefits of IoT devices include enabling manufacturers to know when a machine’s production starting to deteriorate so that it can be taken offline during a slow period; helping warehouses and brick-and-mortar stores keep better track of inventory and enabling utilities to accurately charge for energy consumption without the cost of sending a meter reader to the customer’s home or place of business.

Outside of those business deployments, IoT is increasingly being used by health care providers conservation organisations and formal and informal educational organisations to offer patients better care, benefit wildlife and provide educational resources to students who do not have access to more traditional forms of schooling.

The IoT deployments take advantage of the technology’s relatively low cost and the ability to collect large amounts of data in real time.

For example, IoT sensors have been placed in critically endangered black rhinos in Mkomazi National Park, Tanzania, to enable park rangers to accurately monitor the whereabouts and activities of the large mammals and protect them from poachers. Their positions are reported a couple of times per hour so that rangers can respond quickly if anything seems awry.

Similarly, the Virginia Aquarium & Marine Science Centre, Virginia Beach, records the history of each fish in its 45,000-gallon aquarium via an RFID system to better the health, lifespan, and behavior of each.

There are several other examples of various IoT technologies in controlled (like the above) and uncontrolled environments to monitor the health of different animals to help protect their habitats and the ecosystems that support them.

More and increasingly robust deployments of such capabilities are expected as 5G and AI continue to mature to provide an increasing amount of complex data and intelligence (i.e., malnutrition) to help with conservation efforts.

In all cases, these systems need to be able to track wildlife easily and cost-effectively. While controlled environments may already have robust internet and technology infrastructures in place, many of the uncontrolled environments don’t have the necessary technology infrastructure, so instead they rely on the ability to use GPS in conjunction with a cellular network to gather the critical data.

In healthcare, IoT devices are increasingly being used to monitor a patient’s vital signs outside of the walls of a hospital or other care facility. This enables patients to be in a more comfortable home environment while also saving the patient the expense of being in the facility and freeing the limited number of beds for more critically ill patients.

Uses of such devices range from monitoring the health of infants for post-natal care to seniors for fall detection (including alerts to first responders) and for post-surgical care. The ability to monitor a patient’s health in real time means quicker attention to any issues and lessens the need for time-consuming office visits.

Similarly, there was an explosive rise in telehealth consultations as a result of the pandemic. The telehealth visits are less costly and time-consuming for all parties, enabling more regular consultations than would be possible if an in-office visit was the only option. So urban and rural patients alike can have more regular visits and earlier detection of any health issues.

The educational benefits of IoT became apparent during the COVID-19 pandemic as the majority of elementary, high school and college education went from in-classroom to remote. While classrooms have reopened, there are still occasional shutdowns due to COVID or other considerations (i.e., “snow days,”) that no longer mean the educational process stops, it simply shifts to a different mode.

Beyond the remote learning, IoT makes possible the use of virtual reality, augmented reality, and other related devices to provide students with richer learning experiences, whether in the classroom or remote.

But, as with conservation and healthcare, there are rural areas in the U.S. and developing areas in other parts of the world that don’t have access to robust internet infrastructures. These areas can still access vast educational opportunities via cellular connectivity and IoT devices.

The uses of IoT devices have just started to scratch the surface of the various socio-economic benefits that they can provide. By continuing to deploy the devices in traditional network settings and in settings using a combination of GPS and cellular networks, the world will continue to benefit.

The author is Alex Bufalino, vice president of marketing at Quectel.

Alex Bufalino, vice president of marketing at Quectel. Quectel is celebrating and recognising the innovations in IoT with its IoT Social Impact award with floLIVE, and the IoTM2M council (IMC). The first annual award will recognise IoT projects that combine not only innovation but that also demonstrate significant social benefit.